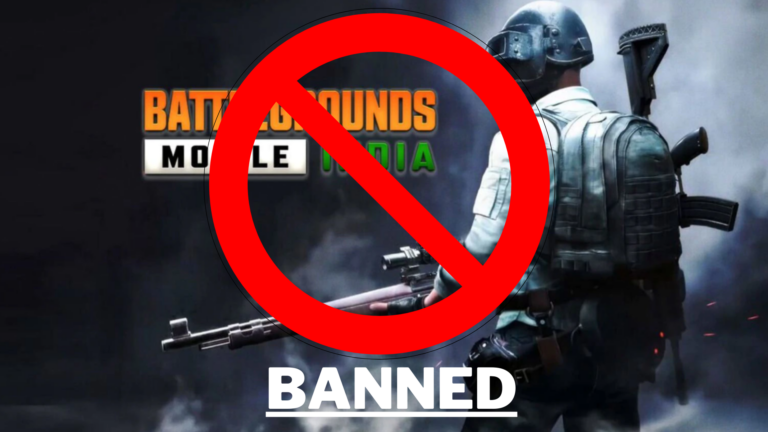 Battlegrounds Mobile India has been formally prohibited by the Indian government, and the software has now been removed from the Google Play Store and the Apple App Store in India. The game was redesigned and released last year after specific improvements were made to the previously prohibited software, PUBG Mobile, which was banned by the government in 2020 owing to Indian players’ security worries to the Chinese government. Krafton has developed a new multiplayer shooting gaming app for PUBG called BGMI.

Although the unexpected removal of the app from app downloading sites came as little surprise, the BGMI app had previously been facing a number of security and addiction problems, and the matter of its suspension was initially discussed and first addressed in Rajya Sabha. The question of how the game has harmed children was raised in Rajya Sabha, and during the debate, a media story stating that a youngster killed his mother in Lucknow last month due to his gaming addiction to the multiplayer named game was discussed.

Nevertheless, a firm official told India Today Tech, “We currently are clarifying why BGMI has been removed completely first from Google Play as well as App stores and will let you know soon we get exact information.”

A statement from PTI says that Union Minister Rajeev Chandrasekhar stated to a law enforcement body regarding the investigation of the matter and it’s also said that its previous version PUBG Mobile will remain banned only.

What about the users who have installed the game?

At this moment, it has been reported that users who have previously loaded the multiplayer gaming app may play the game but are unable to download it, despite the fact that the firm has sent out a new update that consumers have been concerned about.

The current incarnation of the PUBG Mobile, also known as the BGMI, was released in India last year by a new manufacturer, Krafton. Furthermore, Krafton guaranteed that the company has severed all links with the Chinese-based gaming brand, Tencent, in order to protect the data of Indian consumers. Instead, the firm has partnered with Microsoft to host the BGMI games on the Azure platform. Azure is Microsoft’s publicly accessible cloud computing platform that allows game developers to operate their games on a worldwide scale.