According to the Human Rights Foundation, funding has been awarded to a number of educational and developmental Bitcoin projects from around the world.

The Human Rights Foundation said on Tuesday that it expects to award 425 million satoshis — the smallest divisible unit of a Bitcoin — to various contributors as part of its continuing Bitcoin Development Fund. 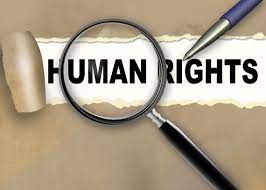 The Bitcoin Development Fund, which was founded in May 2020, is dedicated to improving the Bitcoin network’s privacy, usability, and security. According to the Foundation, this round of donations will go toward expanding Bitcoin education and translation, as well as Bitcoin core, lightning, and wallet development.

The funding will be distributed to a number of developers, including Jarol Rodriguez, Farida Nabourema, Roya Mahboob, Anita Posch, and Meron Estefanos, according to the press release. The Foundation will provide grants to the Sparrow Bitcoin Wallet, Boltz Exchange, the Summer of Bitcoin internship program, Blockchain translation team Exonumia, and the Blockchain Commons development group.

According to the Foundation, CMS Holdings, the Gemini Opportunity Fund, and Jameson Lopp were also acknowledged for their contributions.

In January 2021, the Human Rights Foundation made waves when it urged Time magazine readers not to despise Bitcoin and other cryptocurrencies. “Bitcoin is neutral like cash, and can’t differentiate between good and bad,” said Alex Gladstein, the Foundation’s chief strategic officer at the time. These tools are used by some extremists. Mobile phones, email, and the internet are also used by them.”

Alex Gladstein, the chief strategy officer of the Human Rights Foundation, has issued a caution to Americans about the narrative being promoted by media outlets regarding crypto and other privacy tools.

Many news outlets reporting articles on the privacy-focused messaging software Signal or Bitcoin (BTC) tended to identify them with terrorists or criminal organizations, according to Gladstein in a Time Magazine story. The executive director of the Human Rights Foundation fought back on narratives that cast privacy and self-sovereignty in a negative light, saying the next battleground would be money — specifically, cryptocurrencies.

The executive went on to say that ignoring growing financial instruments like Bitcoin might lead to an expansion of the US police state, powered by “bulk monitoring to combat radicalism.”

“Authorities will blame extremism not just on Signal and Telegram, but also on Bitcoin and anything they can’t control,” said Gladstein.

If you find this article informative then do not forget to share it with your friends and family! Do let us know your thoughts in the comment box down.