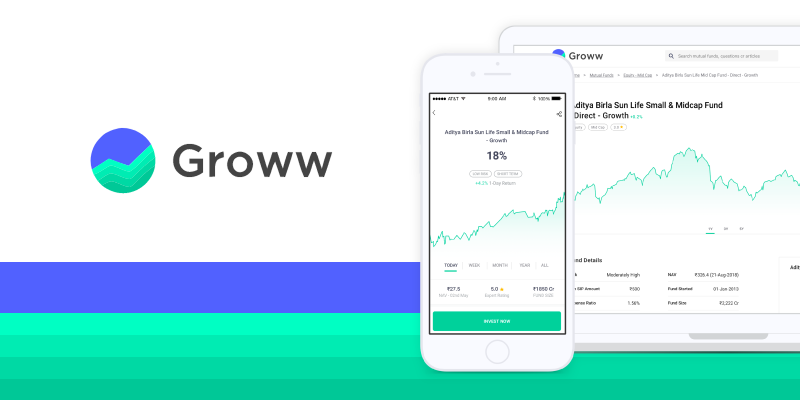 Groww is a Bengaluru-based investment company that offers a different way for people to start investing their money with direct mutual funds and stockbroking methods. Recently, the start-up is planning to raise approximately USD 100 million worth of funds from new and existing investors. According to sources, a new funding round would be introduced for this fundraise which comes within six months of concluding its Series C financing round, says Entrackr.

Groww was founded back in 2017 by Harsh Jain, Neeraj Singh, Ishan Bansal and Lalit Keshre. The platform provides phenomenal insight about financial services such as Mutual Funds, equity-linked savings and systematic investment planning. Other than this, the company also offers insights on personal finances which help the investors to make simple investments by maintaining an easy-to-use user interface that make investments accessible and easy, transparent and paperless which eventually enables users to invest in mutual funds, all in a seamless way.

As mentioned in a report by Entrackr, existing and new investors include Tiger Global Management and Ribbit Capital that are reportedly in advanced talks with Groww to invest in USD 100-USD 125 million worth of funds in the company’s latest Series D financing round. The funding round would be led by these two above mentioned entities along with participation from Sequoia Capital.

The company has been profitable since its inception and has recently recorded a registered user base of over 1 million active users. The company profile also reads that it enables users to invest in Mutual Funds, SIPs, fixed deposits and gold deposits as well.

Grow has been continuously fighting to rise up to that dominant position in the market while competing with players like IndMoney, Paytm Money, Zerodha and Upstox.