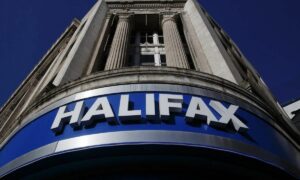 The issues surrounding Halifax pronoun badges has visibly risen even further. This is as the bank stated that people unhappy with them are welcome to close their bank accounts. As specified by BBC, the row mainly started on Tuesday, June 28. Halifax took to Twitter this week to make a post featuring the photo of a name badge saying ‘Gemma (she/her/hers).’

In the tweet, the British banking brand noted how ‘Pronouns matter.’ Clearly, it took a visible stance on a rather disputable topic that has divided all of the internet.

Moreover, Halifax stated how the workers are allowed to wear a name badge or tag that clearly specifies the pronouns they prefer. Along with it, to show the customers what gender the particular worker identifies with. However, many alleged online that the British banking brand was ‘virtue signalling.’ Additionally, accusing that it is forcing its own ‘woke ideology’ on the customers, along with other accusations on the internet.

A wide range of angry customers stated that they would rather close their accounts with Halifax following the eruptions of the pronouns row. To this, the bank reacted by directing the enraged customers to the bank’s Account Closure Team. It stated how they ‘strive’ for ideals of ‘equality,’ ‘inclusion,’ and especially in ‘doing what is right.’ The bank added how if anyone was not in agreement with their values, they are ‘welcome to close’ their accounts.

“We strive for inclusion, equality and quite simply, in doing what’s right. If you disagree with our values, you’re welcome to close your account,”

We strive for inclusion, equality and quite simply, in doing what’s right. If you disagree with our values, you’re welcome to close your account. ^AndyM

Customers reacted in various ways to the bank coming up with the idea of its staff wearing pronoun tags. One of them pointed how an employee’s name being ‘Gemma’ quite clearly indicated that they are female. Moreover, the user referred to it as ‘pathetic virtue signalling’ and everyone responding to the tweet prior to this thinking the similarly. Further on, they asked why Halifax was attempting to ‘alienate people.’

In a statement later on, Halifax stated how they aimed to make a ‘safe and accepting environment’ that could initiate the conversation based on gender identity. Further on, it added how they cared about the individual preferences of their customers and colleagues. They added how this step is a ‘simple solution’ for them to address the issue of ‘accidental mis- gendering.’