RadioShack Swap is in action in the crypto sphere

Radio Shack and its evolution.

Radio Shack was formerly known as Radio Shack Corporation an American Retail founder in 1921. When it was at its busiest in 1999, RadioShack had outlets under the names RadioShack or Tandy Electronics across the US, Mexico, UK, Australia, and Canada. Outside of those regions, the business granted licences to other businesses in portions of Asia, North Africa, Latin America, and the Caribbean to use the RadioShack brand name. In 2015, Radio Shack filed its first report for Bankruptcy after 11 consecutive quarterly losses. At the time of filing the report, the company was operational only in United States and Latin America. Radio Shack’s most reputed name Brick-and-Mortar stores was also shut down. The renowned name was bought by Alex Mehr and Tai Lopez.

After its debacle in the market, Radio Shack returned through cryptocurrency. The company acknowledged that the new enterprise has seen trading volume of nearly $40 Million. The purpose of the updated RadioShack is to make it simpler for users to enter and exit various tokens.

Mehr went on to comment that, the launch of RadioShack Swap has been received well by the netizens. The daily trading volume of the enterprise is ranging from $500,000 to $2 Million on an average. He also went on to add that, the Swap is in a process which focuses in adding two or more tokens every week. He made the intention of the company clear that they will be continuing to support gaming-token startups in particular.

According to the business, roughly 10,000 traders have used RadioShack Swamp to exchange cryptocurrency so far, drawn in by the platform’s reduced swap fees than those of rivals.

Comments from Lopez in view of crypto boom. 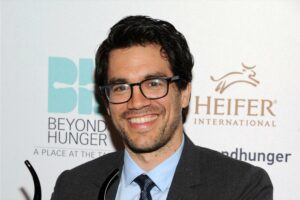 Lopez went on to say that, the crypto swap is working as expected and is delivering the goods. He added, RadioShack’s retail website will embrace digital currencies as well, including storage wallets and NFTs as well as crypto-related artwork, motivated by the numbers it has seen in its cryptocurrency swap.

The bursting crypto sphere is the fuel to the fire for the company to excel in the industry, according to Lopez. He told that, the company envisions to become a central market place and consumer facing hub.

The debacle of the company in 2015 and its resurgence as a cryptocurrency swap platform is truly inspiring. The faith shown by these companies also affects the crypto sphere positively as it gives investors a wide spectrum of choices to choose from and gives the market a chance to develop and grow.