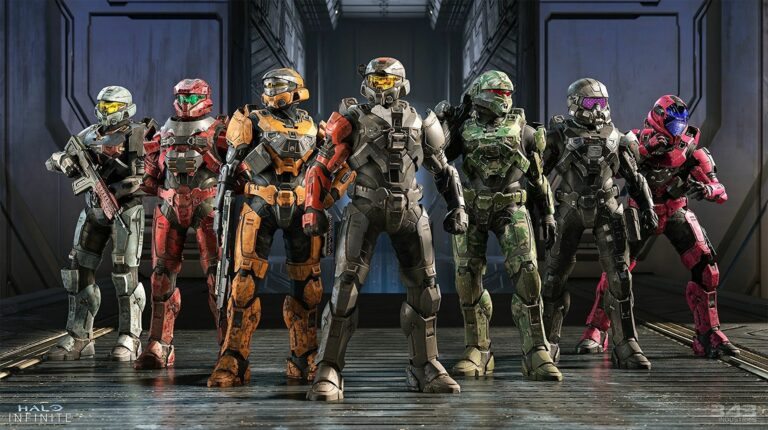 Halo Infinite free multiplayer has been released earlier and is now available on PC, Xbox Series X / S, and Xbox One. Xbox announced that Halo Infinite multiplayer will be available for free download starting today during the Xbox 20th Anniversary Broadcast. Rumors of a multiplayer release for Halo Infinite surfaced over the weekend, and Microsoft is making it official as part of its current 20th anniversary.

Taking into account the interview with Polygon, Xbox boss Phil Spencer mocked in the interview that Halo Infinite might see structural changes in Halo’s previous game. His comments led many people to speculate that Halo Infinite will become a permanent platform. For much post-launch support, the battle pass system will not be completely unexpected. In early 2021, a report by GamesRadar stated that Xbox boss Phil Spencer has confirmed that the 6th iteration in the Halo series will be available on day one on Xbox Game Pass. It should be noted that although we are sure that Halo Infinite will land on Windows 10 PCs, it is not clear whether it will be available in the Xbox Game Pass PC library or only for Xbox consoles.

Most of the major retailers don’t seem to have Halo Infinite product pages yet, but it’s worth remembering that the game will launch on Day 1 on Xbox Game Pass so you don’t have to pay full price to play if you’re a member of that subscription service. In addition to being available for Xbox Series X including Steam, it will also be available on Game Pass from launch.

Halo Infinite will be fully released on Xbox and PC (including Steam) on December 8, when the full game will be released and players will have access to the single-player campaign mode. Although the Halo Infinite event will not be released until December 8, the free multiplayer game section can now be used as a separate game launcher. The multiplayer game has long been confirmed as free and available separately from the main campaign.

Over the past 24 hours, several Twitter accounts have announced that Halo Infinites’ free multiplayer mode will launch on Monday, November 15, almost a month before its December 8 release date. Xbox has sweetened the record again today by announcing that Halo Infinite multiplayer is coming out earlier than expected.

While waiting for the Halo Infinite’s multiplayer game to load, check out our other Halo Infinite articles, including details on how the battle pass switching will work, a first look at the entry-level Halo Infinites gameplay, and our thoughts. Below, we summarize everything you need to know about multiplayer, including release notes, a trailer, and what you can expect after your download completes. The first season of the Free Multiplayer Battle Pass is available for purchase and download on consoles and PC. The fun part is that this beta is including access to Season 1 of Halo Infinite along with all Battle Pass features and the major maps.

The Forge modes and co-op campaign will be slightly delayed and released at a later date because 343 Industries wants to focus on the quality of single and multiplayer modes. Microsoft partner EA, Battlefield 2042 is already in Early Access, with a full launch this week. Really not the right time to drop the same bomb from a rival multiplayer shooter on them, although remember that Battlefield was not supposed to come out now as it was delayed, and if Microsoft was planning it, it probably was a long time ago. development. Yes, Microsoft has previously stated that they do not separate the Halo multiplayer game and the campaign, but rather it has been delayed by a few months I think.

Of course, Microsoft is already doing a lot for the anniversary, for example, it released the Xbox in the Halo theme on the same day, but nonetheless. That said, for Microsoft and Xbox, it’s a great way to pay tribute to the Halos legacy while doing something for the fans at the same time. It is not often that fans come to the game ahead of schedule, especially for several weeks. This will be the first Halo game in more than 5 years, and it will be great. Halo: Infinite is touted as a platform, a place that developers can use to set “the beginning of the next 10 years of Halo.” In an interview with IGN, representatives from 343 Industries explained their vision for the future of Halo based on Infinite.

The interview went on to focus on the stories of the future Master Chief that will be told under Halo Infinite, which will make it more like a platform for upcoming Halo projects other than a standalone game. This aligns with Xbox boss Phil Spencer’s previous interview with Polygon, in which he joked that Halo Infinite might see structure changes over previous Halo games, and said lessons were learned from the Master Chief Collection. After the game time was split between Master Chief and Spartan Locke in Halo 5’s adventures (not all players were full fans), Halo Infinite will be fully dedicated to Master Chief and is supposed to play the saga from where he left her. in the previous heading.

A surprise announcement is a very great way to celebrate the 20th anniversary, not to mention one of the company’s oldest franchises, especially considering that Halo is a game for the original Xbox. Microsoft and 343 Industries were targeting a December 2020 release date for a long time, which coincides with the release of Xbox Series X . Xbox head Phil Spencer pointed out that Microsoft is “waiting for new games” and will evaluate the timing of other versions before determining the final release date.

Infinite was supposed to be released as a title to launch with Xbox Series X / S on November 10, 2020, but was delayed until August 2021. Microsoft and Xbox players got new footage of Halo Infinite during E3 2021, with the Holiday 2021 tagline appearing at the end of the epic trailer.