AddressHealth: Public Health Partners With Entrepreneurship An in depth look into AddressHealth and its founding 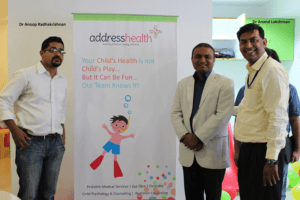 India is a still-developing country and faces a lot of problems when it comes to the economy, education, public policy etc. One of these is the pressing problems of health care and an aspect of healthcare that needs a special focus on- children and pediatric care.

Only 1.1% of the GDP is allocated to health care by the government. To put that into perspective 2.7% of the GDP is given over to military spending. Public, government provisioned health care in shambles with even 63% of rural citizens opting to go to private practitioners rather than public ones. And in all of this, child citizens have to bear the brunt of the consequences the most.

Over 40% of the children in India are underweight. This number increases to 45% when only children below 5 years old are taken into consideration instead. Along with this, there is a correlation found between poverty and child mortality rates.  45% of child deaths below the age of 5 are linked to malnutrition.

Until recently, this problem was overlooked by most of the medical community but not anymore. Two doctors from Bengaluru- Anand Laxman and Anoop Radhakrishnan decided to proactively work on the issue of child health care in developing country. And thus, hey founded the company AddressHealth. This was made to be a solution to the maligned system of pediatric care in India.

Anand is an alum of the Tata Institute of Social Sciences. He is a doctor and completed his degree in  Public Health and Management. After graduation, he spent his professional faculties under various programmes carried out by the Government of India. He was one of the people behind the multi-million dollar ORS (oral rehydration solution) project that was undertaken in Bihar, Uttar Pradesh, and Gujarat. So far the project has benefited over 114 million children.

“Certain areas such as health and education are a priority and for these, it is a necessity to create market-based, scalable solutions that are independent of grants”, said Anand in an interview.

Meanwhile, Anoop is a doctor too. He is an alum of IIM-Lucknow. Before meeting Anand, he was working with an investment bank firm called IndigoEdge. Soon enough, he abandoned these pursuits in order to revolutionize pediatric health care in India.

Before the two embarked on the journey of setting up a start-up they had to conduct some research. This included pilot studies, studying initial models, learning from them, and then evolving to a proper company.

“Our idea was to not just treat episodic cases but make children look at the larger picture – delve deeper into the cause of these issues, and preventive care especially in terms of their nutrition intake etc. That’s when we realised that asthma is one of the leading causes attributing to absenteeism. So, we launched a programme called ‘Asthma Absent Program,’ wherein we trained teachers and school emergency staff on how to respond to asthma, and how to conduct environmental audits to understand if the school environment is safe. The programme reached 50,000 children in Bengaluru and at the end of it 50 schools were certified free from asthma.”

Soon the duo went ahead with launching a proper school health program that took 4000 students under its wing. This program would conduct full-body health checkups which included hearing, vision, and dental checks.  In 2016, the program operated in almost 250 schools across the city of Bangalore. It charged the students a small fee of Rs.500 per annum.

With regards to the development of this program, Anand said, “Though the School Health Program was hugely successful since it was cloud-based, many parents approached us asking us to set up physical entities.” 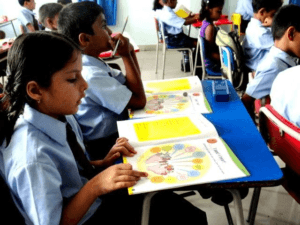 Soon AddressHealth decided that their next goal was to expand to physical centres and penetrate the market. While setting up their first clinic in 2012 was not a huge speedbump, scaling the project was. They brought on pediatric experts who got to the table various medical specialities.  They soon opened three new centres in a few more years but the scaling was still an issue.

How were they supposed to provide cheaper healthcare, open new stores, penetrate the market, and still have a business that is profitable? Soon they found a workaround.

“We stumbled upon the idea of partnering with low and middle-income schools to set up medical infrastructure and assign doctors. The model will not just be beneficial for the school students but also the nearby societies.”

Thus, the schools from where the students were would be used to set up the clinics and this decision would help save up on infrastructure costs. After school hours the clinics would be open to the general public.

So far the company has had only 2 funding rounds:

The venture round saw one investor called Unitus Ventures. This round took place in June of 2014.

Series A for AddressHealth took place in 2016 May. It saw two investors come to the fore- Gray Matters Capital and Unitus Ventures. This round raised $1.5 million USD.

Now and The Future: 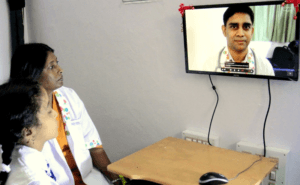 Over its multiple years of partnership with various schools, AddressHealth had achieved the following benchmarks:

AddressHealth has also partnered with Tender Minds and the Live Love Laugh foundation. Both foundations focus on mental health initiatives.

The company plans only to grow upwards and onwards in the public policy and entrepreneurial space from now on.

“We kept adapting to changing needs and were continually innovating in order to ensure market-acceptability, scale and sustainability. And in the entrepreneurship space, that’s only necessary.”