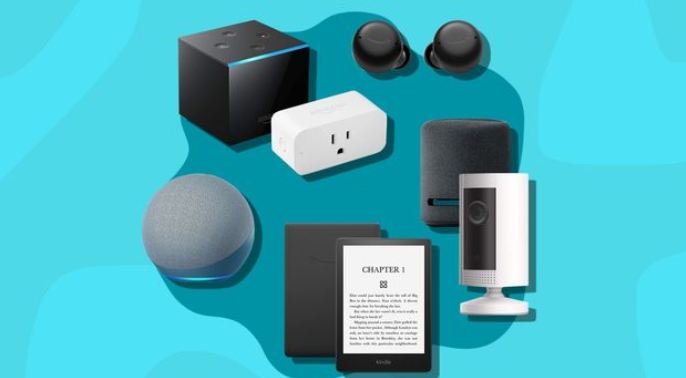 You may also get a lot for about $25. Some companies are already heavily reducing popular technology products such as Bluetooth trackers and smart speakers, as well as the latest recent gaming subscriptions, in the run-up to Black Friday.

We’ve compiled a list of some of the greatest sub-$25 selections for your convenience. If you’re searching for additional affordable Christmas gift ideas, we’ve put together separate budget-based gift recommendations for items under $25 and $50.

For iPhone users who plan to travel this Christmas season, Amazon offers a fantastic deal on Apple’s authorized AirTag Loop. Because AirTags lack a lanyard hole, a lanyard loop is required to securely attach them to luggage, keys, and other things.

Unfortunately, the cost of these loops can be comparable to the cost of AirTags. Fortunately, Amazon is now reducing the loop meant to carry Apple’s well-known Bluetooth tracker, selling it for an all-time low of about $20 rather than $29. Deep navy is the only color available for this deal.

Apple’s AirTag Loop is intended to keep your Bluetooth tracker in place, and it can be used to attach your AirTags to your keys, luggage, and other items.

The Samsung Galaxy SmartTag Plus, like Apple’s AirTag, finds misplaced items such as keys and pets. Although it is compatible with both iOS and Android smartphones, we recommend it especially to Samsung consumers due to the fact that it was designed specifically for Samsung Galaxy devices.

The Bluetooth tracker contains an ultra-wideband (UWB) radio, which allows you to monitor things more accurately and use the AR mode to find a misplaced tag. However, in order to use the UWB radio, you must have a Galaxy phone that is UWB-enabled.

The tracker may be used to regulate Samsung smart home gadgets as well. It’s a wonderful buy for anyone who is already a part of the Samsung ecosystem, especially because the tracker is now $25 instead of $40 at both Amazon and Samsung.

Samsung Galaxy SmartTag Plus – Priced to $25

Keep in mind the Samsung Galaxy SmartTag Plus, which can also be used as a remote control for Samsung smart home products. The tracker is currently available for $25 instead of $40 from Amazon and Samsung.

Stadia is Google’s cloud gaming service, which may be accessed via a web browser, a smartphone, or a TV via a Chromecast. It boasts an ever-expanding gaming catalog, which includes notable AAA titles.

The Blink Mini is a small, network-connected home security camera that has night vision and can record in 1080p with two-way audio. While the camera didn’t blow us away, we did notice that it gives adequate video and audio quality for the price.

Normally $35, Amazon has the already low-cost camera for $20. Those new to the Blink ecosystem, on the other hand, will have to pay an additional $3 per camera each month for cloud storage.