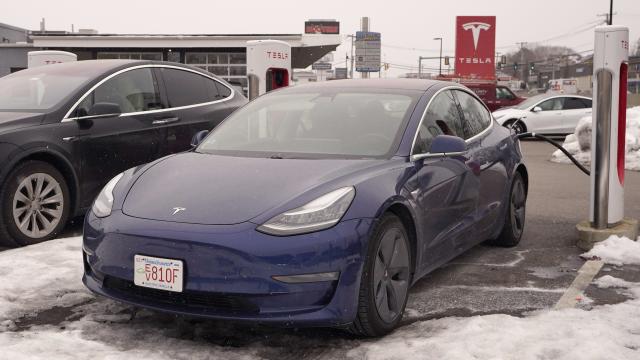 Last year Hertz was popularly known to have ordered 100,000 Tesla vehicles. Now it looks like the company’s website is showing Tesla electric mid-size SUV Model Y is in its electric vehicle fleet. This news has triggered the meteoric rally in Tesla’s stock, surpassing the $1 trillion in market.

“Meet the newest addition to Hertz’s EV fleet, Model Y, and see why you should reserve one for your next adventure,” Hertz says on its site. According to their projections, the vehicle will be a seven-seat configuration, offering 330 miles of all-electric range. The addition of the Model Y was first noticed by Sawyer Merritt.

Furthermore, the addition of the Model Y is interesting because Hertz ordered 100,000 Model 3s from Tesla last year. But, Hertz has not received its complete order as of yet. Back in 2021, Tesla CEO Elon Musk had confirmed after the order that there was no special contract between the two companies, and Hertz had ordered the cars at cost from Tesla. Hertz has been regularly receiving Model 3s since last year. In a statement to media in January, Hertz said the company is “actively receiving” deliveries for both the retail and Uber fleet operations. Also, the rental company told us that availability was in several U.S. markets as part of its phased national rollout.

Additionally, the massive “deal” for the Model 3s cost Hertz $4.2 billion, but as previously mentioned, the rental company did not receive preferential treatment from the automaker. Tesla has far more demand than production, therefore we will only sell cars to Hertz for the same margin as to customers,” Musk said after confirming the two companies had no legally-binding contract. The same as how many Model 3s have been delivered to Hertz has never been confirmed by the company. Also, there is no current projection for when the Model Ys could become available to rent for customers.

As noted by Bloomberg News last year, Hertz’s 100,000 Tesla Model 3 order stands as the single-largest purchase to date for electric vehicles. The sheer size of the order also represents about $4.2 billion in revenue for Tesla Inc., according to the news outlet’s anonymous sources.