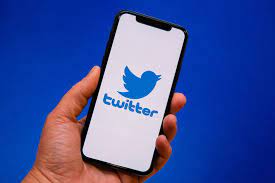 Do you follow people on Twitter? It is a social networking site where you can share your ideas and opinions with your followers. People used to tweet words, which meant they would write whatever they wanted to convey with their followers. Users of Twitter, on the other hand, will now be able to send audio messages.

According to the platform’s information, it is testing the ability to send Twitter audio messages via the iOS app. “We’re currently testing the option to Tweet audio messages on the Twitter for iOS app. This feature makes it easier to Tweet on the go with your voice. To assist accessibility, we’ve also added automatic captioning “According to Twitter.

Twitter Voice Tweets will be published as tweets with audio attachments that users may listen to. If you update your profile photo, it will be included as a static image to your audio attachment and will not refresh. On iOS, tapping on someone’s voice tweet will play the audio message and progress it automatically for threaded voice Tweets. According to Twitter, when you touch play on iOS, it will instantly minimise in an audio dock at the bottom of your screen so you can continue listening while you move through Twitter and exit the app.

iOS users who wish to learn more about this feature may do so by reading the information given below.

2. After that, you must hit the voice icon.

3. Then, after you’re finished, hit the red record button to start recording your message, and then tap Done when you’re completed.

4. You may add Tweet content and/or begin a thread with numerous Tweets. It should be remembered that each individual voice Tweet can be recorded for up to 2 minutes and 20 seconds. According to Twitter, if your message is longer than that, it will be automatically threaded up to 25 Tweets.

5. Once you’re finished, tap Tweet to transmit your recording.