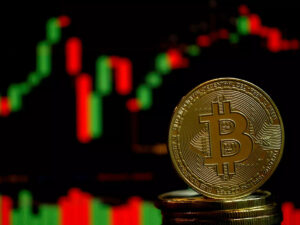 El Salvador became the first country in the world to recognize bitcoin as legal cash on Tuesday, albeit the launch of its government-backed digital wallet was marred by technical issues and a backlash from distrustful locals. The historic introduction of bitcoin as legal tender in El Salvador on Tuesday was marred by teething issues, including an angry protest by distrustful residents, technological malfunctions, and a drop in the cryptocurrency’s value.

The audacious experiment got off to a rocky start when Salvadoran President Nayib Bukele protested shortly after midnight that the government-backed bitcoin app was unavailable on a variety of internet platforms, including Apple and Huawei. Mr. Bukele used his Twitter account to pressure online retailers to offer the Chivo app, which is a digital wallet. Huawei eventually began making it available.

“The Central Bank of Honduras has also recently begun, as approved by the board of directors, to initiate the study and to determine the feasibility of conducting a pilot test issuing its own digital money or a central bank digital currency,” said Wilfredo Cerrato, president of the Honduran central bank, at a regional economic forum in Tegucigalpa.

“The inquiry phase will likely take a long time to complete,” Blanco said, adding that a group had been constituted six months ago. El Salvador made history on Tuesday with its adoption of bitcoin as legal tender, though the launch of its government-backed digital wallet hit technical issues as well as an angry protest by distrustful citizens.