In The World Of complicated Data Hoomn Gives Simple Answers to Your Everyday Questions !

Our life is largely centered around the place we live. And in the world of social media when our friends are family are only a ‘post’ away, when it actually comes to requiring help in the real world, it is only people who are in our vicinity who can solve our problems.Many a times we have questions that are highly local, too specific and very current and it is difficult to find easy answers to them on Google or on social media.

The new virtual bulletin board app, Hoomn, is primarily based on this concept.

[box type=”shadow” align=”aligncenter” class=”” width=”600″]The Hoomn (a variation of the English word “human”) app functions like a public bulletin board. It allows users to post their needs, questions and offers. These posts are visible to people within a radius around them. By tapping on the posts, users can get into a private chat with creator of the post. Chat messages can be marked as ‘top answers’ by the creator and these messages then become visible to everyone so that others can benefit from the answer. [/box] 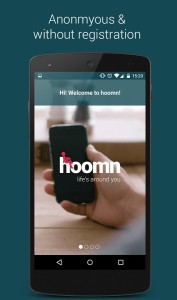 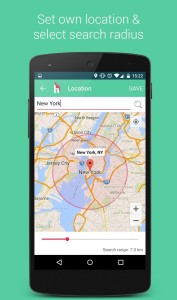 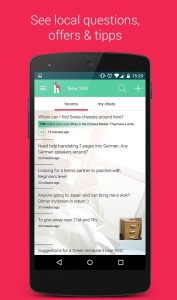 The app was launched in Germany in February 2015 and has seen a huge number of downloads since it became available. People are typically using it for getting answers to questions such as anyone wanting to go jogging this weekend ? or what is a good place to party with 2 friends next weekend ? or my computer has gone crazy. Any tips for a good IT guy around ? 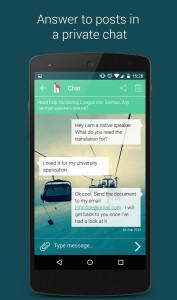 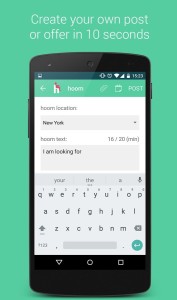 In the world that is crowded with complicated data , it has become more and more difficult to find answers to simple questions. The Hoomn app surely creates a differentiation for itself in this world of facebook groups and ratings apps. Simplicity and ease of user are the two striking features of this app. The app allows you to sign up anonymously (Yes no data gathering. Now isn’t that a relief !) All you have to do is select your location and you can post and respond to queries by other members in your locality. Hoomn is also optimized for mobile usage in contrast to Facebook groups. This is a huge advantage which will become even bigger in future as the smartphone usage rapidly increases.

The app is now available on Android phones and will soon be available on iOS as well. The app was created by Tobais Schulze, Manuel Schulze, Paul Muller and Shahvez Akhtar. Tobais  is the CEO of the company, Manuel  is the head of product, Paul  handles marketing whereas Shahvez  is the head of strategy and operations. The app was first launched in Munich and Cologne.

In March 2015 the app was launched in Mumbai and has been very well received in the city. The company plans to make the app available in every major city in India within the next 6 months. The app will be launched in Delhi and Bangalore soon.