Covid19 is almost equivalent to world war 2 in terms of economic impact. Inflation adjusted to the economic cost of world war 2 is close to $4tn and it wiped out almost 4% of the world population. While we all hope that Covid19 is not as close to world war 2 in terms of population lost, the sheer economic loss of labour because of Covid19 is currently estimated to be $3.4tn alone with close to 24.7mn jobs lost. Governments around the world have doled out $8tn + worth of economic stimulus packages.  Covid19 is also challenging because it is affecting the whole world at the same time, slowing the global economy across the board.

The impact is deep and across the sectors (see the image below) not only impacting retail, travel, transport, utilities and hospitality, but also stretching and changing the financial services as well.

This is not only threatening to wipe out small and medium businesses with uncertain cash flows, but also is going to weaken and over a period of time take down bigger businesses as well that don’t have a data core to rapidly respond to changes with changed offerings. Infact covid impact can be modelled after the KT extinction seen post the asteroid hit, when non avian dinosaurs vanished. After the asteroid hit, non avian dinosaurs’ stable food supply chain got hit, which had played a part in supporting such huge mass got disrupted, forcing mass extinction. In place of dinosaurs, mammals came out of the ground and quickly grew into the niches left by dinosaurs. This sudden expansion of species diversity into new ways of life is known as adaptive radiation. One way it occurs is in response to events that free up previously occupied environmental zones and roles, making way for many new species that adapt to these vacant living spaces. The extinction of the dinosaurs was one such major event, triggered by a black swan event, eliminating a once-dominant group of competitors while some mammals survived. But the mammals did not simply step into ecological roles vacated by the dinosaurs. 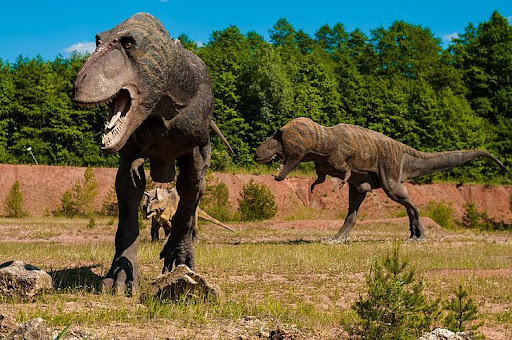 There were new environmental habitats and new food resources to exploit. By the end of the Cretaceous period, flowering plants had become dominant, providing food for insects, which in turn became another high-quality food source for the mammals, along with fruits and berries. New kinds of forests appeared, offering novel habitats for what would become tree-dwelling mammals — primates, which first appeared about 50 million years ago, and eventually, some 45 million years later, upright-walking hominids, including us. So basically we owe our existence to this massive KT extinction event. 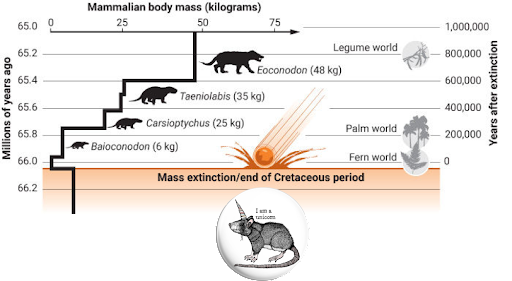 We expect something similar to happen as well in the post covid world in the area of businesses. Covid19’s massive and widespread impact has disrupted a very stable money supply chain and behaviours which allowed companies to grow massively and dominate their verticals. It has also fundamentally altered the consumer habits across the board with social distancing becoming the norm. While the growth of AI was starting to change multiple verticals by mimicking human behaviour by combining a multitude of data sets via deep learning, Covid19 has accelerated this change. AI is expected to close to $15.7tn of new economic value (PWC research) by 2030 and because of Covid19, its adoption is getting fast tracked. Early signs are adoption of autonomous technologies in auto,  healthcare, retail and manufacturing because of isolation requirements of Covid19.

We expect 4 major impact areas to emerge post covid 19, not just in India, but globally as well, specially favoring small and nimble startups which can exploit them by riding the data and AI wave, given that bigger companies will be slow to react and might have existing workflows and legacy that will weight them down,

Startups exploiting these 4 trends by leveraging AI and intelligent automation are doing to drive the next generation of frontier technology “mammals”, which are well adapted to the new environment. Some of them will go on to dominate and become a major player. Given the disruptive nature of covid being strong in Asia and data to disrupt being rich and diverse, these startups are going to find a fertile ground in countries like India to grow and quickly find their niche to dominate. These fast growing Indian unicorns can then go global. If one looks deeply, Indian startup ecosystem is now having 5 major things in their favor,

Just in 2021 we have seen 26 unicorns being created, we believe that is just the beginning of the capital inflows. These capital flows will accelerate as India seeks to build the economy towards the $10tn size and would be the best place for growth for next 10 years. Out of $7tn that it might add to $3tn in next 10-15 years, 90% value addition is going to be in the digital domain. This value addition is going to be critically driven by frontier technologies. If India plays the cards right, by combining its massive entrepreneurial talent with frontier technologies, it will be able to emerge as a world leader in the foreseeable future.