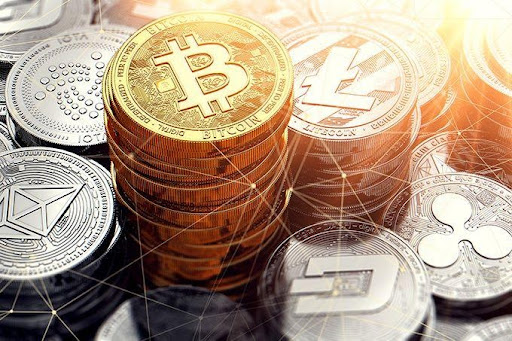 How do cryptocurrency projects differ from each other?

Since the advent of Bitcoin in 2009, the cryptocurrency market has grown indefinitely. The new concept took a few years to shoot but ever since then, it has not looked back. Bitcoin is the oldest, most popular, and most valuable cryptocurrency project in the market. It has built a strong community and presence in the sector. Bitcoin has also led the way for the development of other projects. This is why there are hundreds and thousands of altcoins in the market today.

Difference between Bitcoin and Altcoins

The dominance of Bitcoin in the crypto market is a known phenomenon, and no one has been able to challenge this dominance significantly. Nonetheless, the alternatives of Bitcoin are also becoming popular. These altcoins are aimed at resolving the loopholes found in Bitcoin and therefore, they use different encryption algorithms and protocols than Bitcoin.

Altcoins have a different take on privacy, stability, and alternative payment methods. Ethereum leads the altcoin market, and many other altcoins are built on the Ethereum blockchain. Other renowned names include Binance, Cardano, and Solana. There are over 9,000 in the cryptocurrency market currently, and many more are still in their trial stages.

Mining process of Bitcoin and altcoins

The core focus of altcoins and Bitcoin is the same, and that is blockchain technology. However, they differ in the mining process. Many altcoins use a consensus protocol, called Proof-of-Stake (PoS). Through this protocol, an investor’s mining power is directly proportional to the number of coins they own. Also, the rewarding mechanism also differs accordingly.

The block generation time and halving time are also different for Bitcoin as compared to many other altcoins. The mining process for altcoins is quite simpler than Bitcoin which requires expensive hardware which makes it more inconvenient. These are a few reasons that have encouraged customers to invest in altcoins and try out their profit potential as well.

A crypto project can implement hard forks to improve the security features of the network, reverse transactions, or introduce new functions. Many projects introduce features like smart contracts through these forks. Bitcoin and Ethereum have also used hard forks in their networks. Hard forks require the consensus of all miners to introduce a new update.

On the other hand, soft forks are backward incompatible. They do not need nodes to introduce new upgrades. Every contributor to the network accepts them because new forks that are introduced also follow the old forks. However, the nature of a crypto project helps it to decide its preference from the two.

As we know, the cryptocurrency market is highly competitive. Therefore, every project has to go out of the way to make a statement in the industry and build a strong community to attract more investment. The marketing and advertising of these projects are major factors that help a network to grow. Consumer engagement, and pinpoint marketing schemes should help in building a brand image and network following that will lead to more investments in the project’s ecosystem.

As hundreds and thousands of projects fight for their place in the cryptocurrency market, these marketing consulting agencies can be a turning point for many projects. They can get assistance from professionals and experts to increase the potential and scope of their network. Eventually, they can climb up the charts of crypto space.

Cryptocurrency marketing agencies, like the Crypto PR Agency, are set to play an important role in offering marketing services to these projects. These agencies help a project with press releases, promotion, advertising campaigns, reviews and listings, media interaction, and several other such features. Offering different packages, these marketing agencies have proven their worth by increasing the adoption and cash flow in several crypto networks, NFT, and DeFi protocols.

In conclusion, it can be said that every crypto is different in its goals, roadmap, and even basic fundamentals. But they have to go out of the way to make it big in this competitive market, and key players like marketing agencies can help them in doing so.