How the World Wars Still Impact the Automotive Industry

The list of things that get affected by wars is endless. Humans are stripped of basic civil rights, children suffer for generations, and the goal of technology shifts from comfort to war needs. The same has happened in the early World Wars, and the same is happening again. However, many still have questions about how war impacted car technology and how it is still impacting the world today.

The one obvious shift in technology is its aim. Upto 1914, cars were just beginning to be a status symbol. They were just beginning to display social status and luxury and were also designed keeping the same in mind. Anyone can guess that any car model made to show off class would be a little difficult to utilize in a war. Can you guess what happened next?

The cars that were previously designed to be comfortable and luxurious were now being altered to have more people fit in them. People’s favorite Rolls-Royce model, Silver Ghost, originated eight years before World War I. It definitely needed changes. The beauty was made to have a rotating machine gun turret on its roof. Yes, it sucked!

The same happened in other World War II as well, but there was one big difference there. Car technology has improved a lot in the past 31 years. In fact, such a fact tech-revolution had never happened before. While it had its toll on the middle class, it can easily be said that without the Wars, you couldn’t have been driving the same vehicles you drive every day. 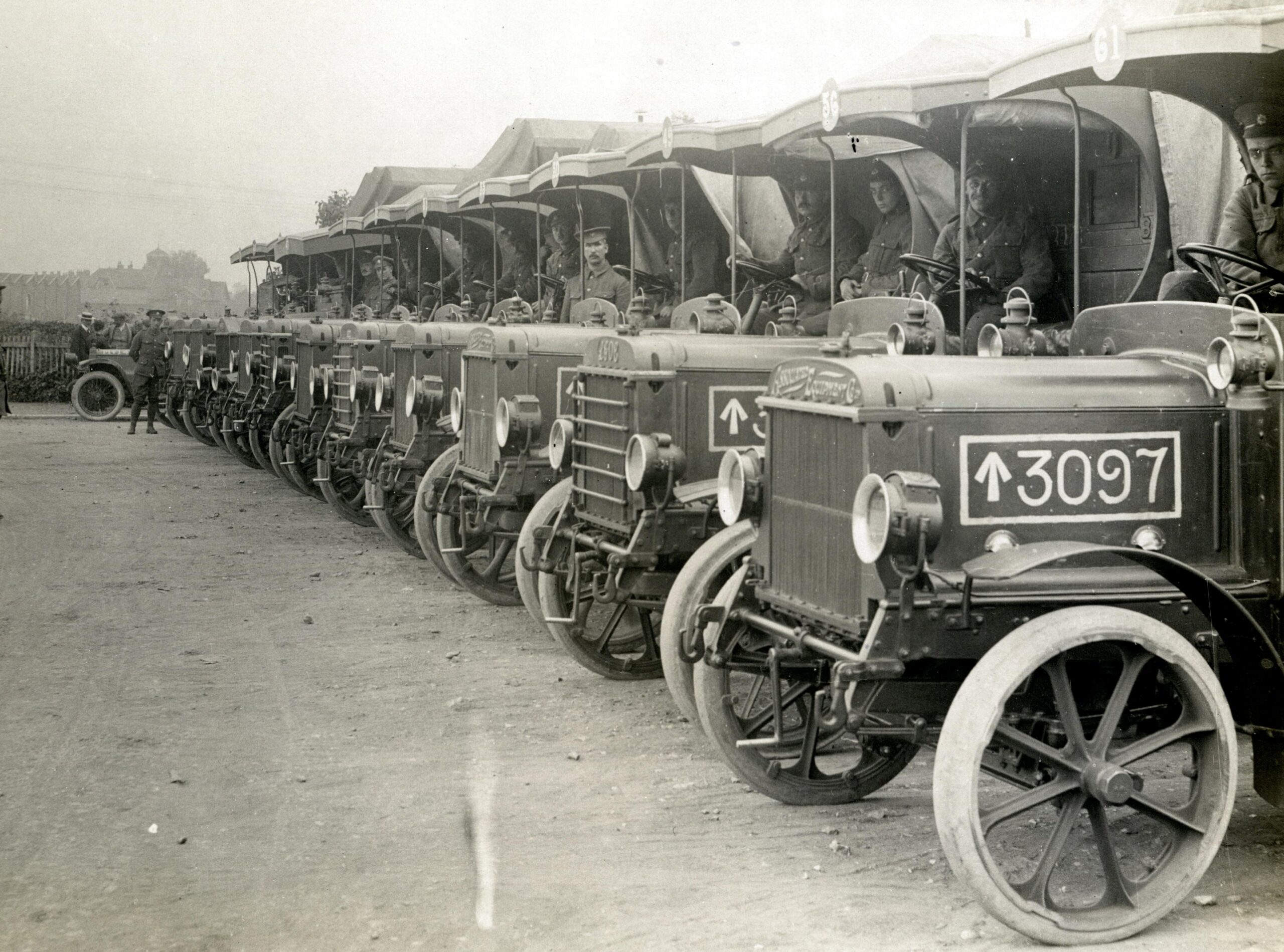 Photo by British Library on Unsplash

The Automotive Industry wasn’t Ready for World War I

In 1914, the war started with cavalry charges. Armed soldiers on horses used to participate. You can imagine that the cars in WWI were only for VIPs and higher officials. The most prominent cars used to transport soldiers to the war front were the Paris Taxis. With seating of only five people per vehicle, Renault AG1 Landaulets were the primary source of transportation.

The speed to Renault AG1 Landaulets only exceeded 20-25 miles per hour, which you can guess is pretty show, even for that period of time.

Late on, the British army did build a tank to transport soldiers across No man’s Land. However bad it was at whatever it was made for, it did have one benefit. It was the ability to cross mud and rough terrain smoothly.

When World War II happened, the leaders knew they would require cars to work on plain concrete roads and rough surfaces. Hence, the creation of GPs or Jeeps. GP stands for General Purpose. As said by General Eisenhower, the GP was indeed the “most important weapon of the war.” The shift from cavalry troops to nuclear weapons by the end of WWII was too unimaginable. This only showed the world the power and potential that car technology had in itself.

The Russia-Ukraine War “WILL” Impact Consumers!

Maybe the thought of the after-effects of the Russia-Ukraine war hasn’t struck people yet, but it is going to have multiple adverse effects on both the economic and mental health of people. The supply chain was already cut out since the pandemic, and now the war has created more shortages of some precious elements and semi-conductors.

By the fourth quarter of 2021, the commodity prices had a hike of 12%, and after the war, all the supply chain analysts predicted that it would not come down any sooner. Business owners who used to transport through railways from China to Europe can no longer do so. Presently, they have to spend upto 40% more to transport through ships. However, the shortage from the war hasn’t even started yet.

The main talk is about lithium, which consumers should actually worry about. Lithium is an important element used in car batteries of electric vehicles. After the Russian-Ukrainian war, it is expected that there is not enough lithium for the next seven years as per the demand of consumers. Now, you can only imagine the cars that will be available to consumers will have to charge their consumers for anything that’s very short in the market. 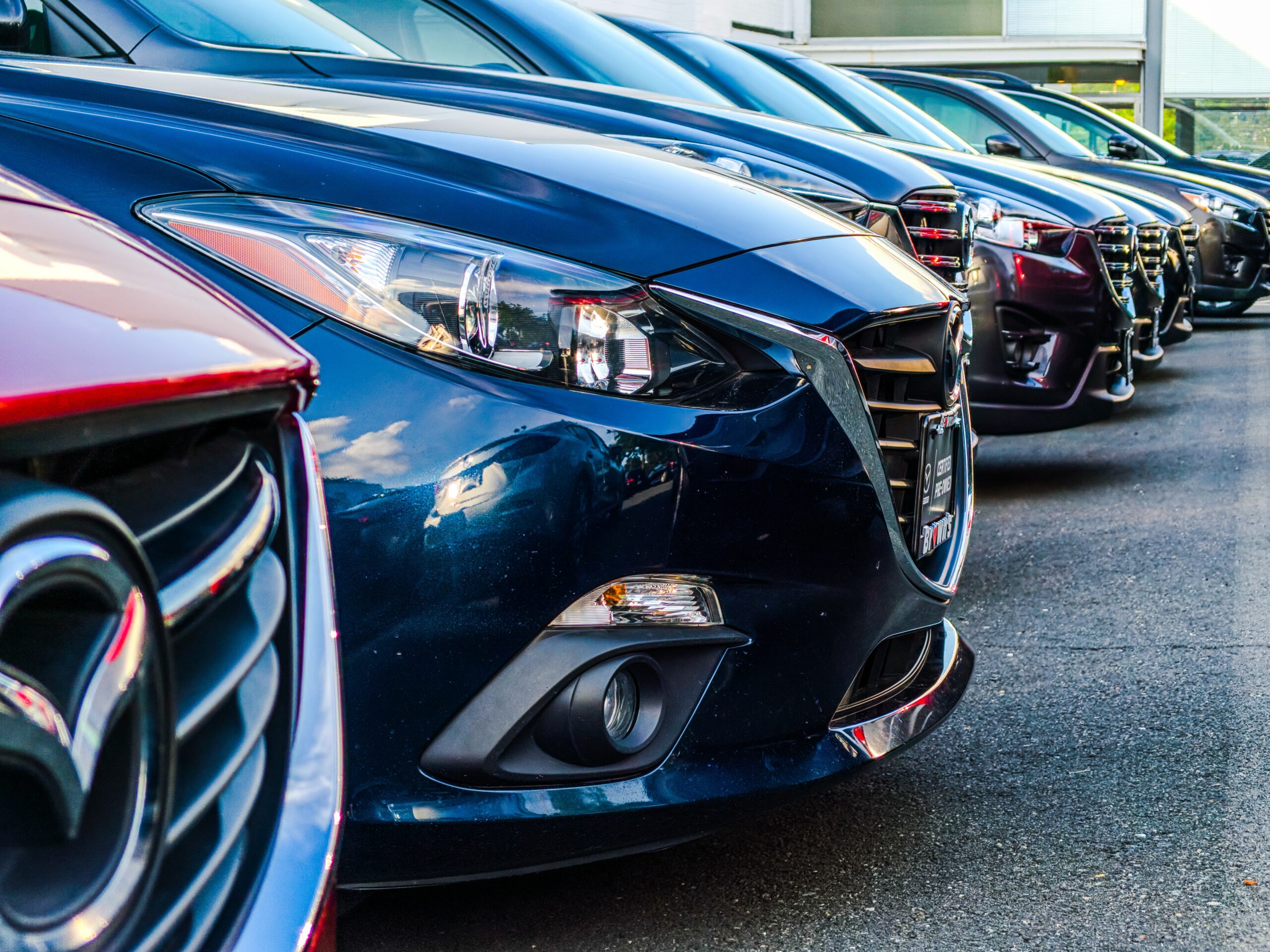 Photo by Obi – @pixel6propix on Unsplash

What does the Future Behold?

A smart solution should be to move to electric cars in the future. In between petrol hikes and lithium charges, one is more likely to opt for electric cars in the future. But the car industry is just one sector that will be wrongly affected by War. What about nuclear technology, medical research, and other sectors that, more importantly, require these precious elements?

While we can never fully determine how long this war is going to last its effect, we can definitely be aware of what’s happening around us. It will help us to find safer ways to survive. Sustainability can truly have a long run if done properly.