How to add friends on Animal Crossing

Animal Crossing is a Nintendo-developed and-published social simulation video game series. Katsuya Eguchi and Hisashi Nogami conceived and developed the series. The player character in Animal Crossing is a person who lives in a hamlet populated by anthropomorphic animals and may engage in hobbies such as fishing, bug collecting, and fossil searching. The series is known for its open-ended gameplay and use of the internal clock and calendar of the video game console to mimic the passage of time. 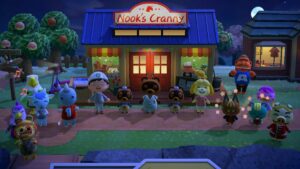 You can add users as Nintendo Switch friends once they’ve visited your town at least once, as detailed below. As a result, you may add them to your Animal Crossing best friends list. This is how you do it.