How to add Rhythm bot to Discord

Discord has established itself as the top gaming chat service in the business over the previous several years. No other gaming chat service can match its brilliance due to its simple user interface and feature set. Discord’s capacity to incorporate Discord bots, which can not only aid automate tasks but also execute activities that aren’t feasible natively, is one of its most powerful features. 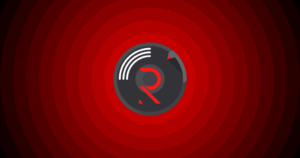 My favourite Discord bots are the music bots, which allow users to listen to music in the background while conversing with other members of the community.

Rythm is the most popular bot on Discord, with over 16 million servers using it. Rythm makes it simple to listen to any of your favourite music alone or with a group of friends.

Rhythm bot is one of a handful of Discord add-ons which allows you to choose and play music on the server. You type ‘!play’ accompanied by a song title you desire, and the bot will automatically search YouTube, Spotify, or Soundcloud (whichever one you want) and play the top result’s audio. For example, typing ‘!play stuck with you’ will play Ariana Grande’s Stuck with you for you.

Although there is a premium version that allows you to add music to a queue and adjust the pace of songs, my friends and I have had a lot of fun using the free version.

Rythm is simple to use; after you’ve added the bot to your server, you may join a voice channel and call the bot using the !join command or the website dashboard at https://rythm.fm/app. Then all you have to do is search for or !play the song or playlist you want to hear.

The commands are simple to memorise, and you’ll have no trouble utilising this bot. Finally, I appreciate that Rhythm can display the lyrics of songs that are presently playing, as well as any other song. While trying Rhythm, I realised that it only works in voice channels and not text channels, so if you’re searching for the perfect Discord music bot for increasing the number of people check out Fredboat or other Discord music bots.