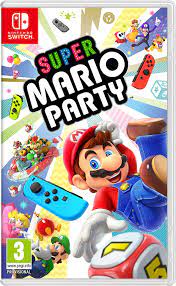 How to unlock characters in Mario party

Super Mario Party is a Nintendo Switch party game created by NDcube and published by Nintendo. This game was regarded as a “full refresh” of the Mario Party brand, bringing back and reviving gameplay aspects from previous releases while also implementing new ones to go along with them. It was published globally on October 5, 2018, and by the end of the month, 1.5 million copies had been sold. The game has sold over 15.72 million copies globally as of July 2021, making it one of the top ten best-selling titles on the system. Mario Party Superstars, a follow-up game for the Nintendo Switch, will be released in 2021. 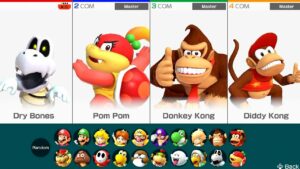 For the very first time in over a decade, Super Mario Party returns to the original turn-based Mario Party-style of gameplay, which has been absent from home console entries since Mario Party 8. A single Joy-Con controller is required for each player, with additional controllers required for multiplayer.

Super Mario Party is without a doubt one of the greatest multiplayer games available on the Nintendo Switch. Super Mario Group may be the finest Nintendo Switch game for keeping a party engaged, with 84 total minigames, 20 playable characters, numerous game modes, and four unique boards. You’ll need to unlock additional characters, game types, and boards in order to see the closing cinematic and finish the game properly.

When you initially start up Super Mario Party, it includes 20 minigames, four characters, five gems, and a single board that is locked. Although there are a lot of unlockables in this Mario game, you don’t need to do anything special to obtain them all. Most of the time, just playing the game is sufficient, as long as you know where to search.

Pom Pom, Diddy Kong, Donkey Kong, and Dry Bones are four secret characters that aren’t playable at initially. Here’s how to get them unlocked:

Pom Pom: After finishing the Salty Sea portion (world 5) of Challenge Road, Pom Pom appears at the Party Plaza. However, before you can unlock Pom Pom, you must first complete all of the minigames.

Diddy Kong: To unlock Diddy Kong, you must complete the Chestnut Forest portion (world 2) of Challenge Road, much as Pom Pom.

Dry Bones: Dry Bones is a strange character. Unlocking the skeleton Koopa does not appear to have any specific requirements. After a short while of playing, Dry Bones appears in Party Plaza. He’ll be at the very top of the plaza.