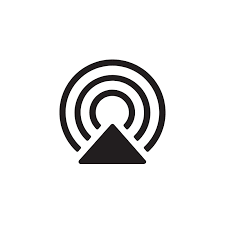 How to Airplay from Mac

AirPlay was first launched by Apple almost a decade ago, but it is still one of the most simple methods to exchange media across Apple devices and other compatible computers.

AirPlay is a function that allows Apple devices (most notably iPhones) to exchange media (such as movies, pictures, and music) with other devices such as TVs and monitors for dual screen mode, as long as they’re all connected to the same network. This implies that AirPlay can only operate if both devices are connected to the same Wi-Fi network, within Bluetooth range, or utilising an ethernet cable to connect to the same router.

If you want to broadcast music from your iPhone to a Bluetooth speaker, AirPlay is a straightforward method to do so. The same is true for videos: if you’re watching a YouTube video on your iPad and want to see it on a bigger screen, AirPlay is the easiest method to keep your viewing experience seamless.

AirPlay mirroring is similar to Apple’s AirPlay, except screen mirroring copies a whole display to another device, such as a projector or TV.

Here’s how to use AirPlay on your Mac to share music, images, movies, or just mirror your full computer screen on a larger display.

On the Displays tab, next to “AirPlay Display,” there is a drop-down choice that will automatically be set to “Off.” This does not suggest that AirPlay is disabled; rather, it indicates that you are not actively AirPlaying your screen.

Your whole Mac screen may be mirrored onto an Apple TV or another AirPlay-compatible device, such as an iPad or some smart TVs.

There are two options for accomplishing this.

From the menu bar, select: