How to appear offline on Valorant

The game was first revealed as Project A in October 2019, and it was renamed Valorant a few months later by Riot Games, the creators of League of Legends. It’s a post-postmodern game that combines aspects of Overwatch, Counter-Strike: Global Offensive, and League of Legends. 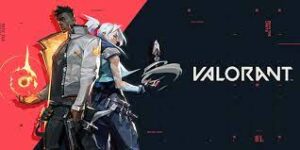 It’s a multiplayer first-person shooter (FPS) in which one team assaults while the other defends in a 5v5 match. Search and Destroy, the basic game mode, is extremely similar to CS:GO. The assaulting side’s objective is to plant and explode a bomb (known as a spike), while the defensive team seeks to avoid it. Regardless matter whether the spike is planted or not, the opposing squad will win if a squad is wiped out before any other victory condition is satisfied.

Each match consists of 25 rounds, each lasting 100 seconds. The match is won by the first team to win 13 rounds. You’ll have 30 seconds at the start of each game to buy weapons and gear for that round. You must wait until the following round to respawn if you die during a game. This primary game mode is available in both unranked and ranked matches.

It sounds a lot like the Defuse game mode in Counter-Strike: Global Offensive, but Riot puts a twist on the idea. In addition to purchasing weaponry, you will select an Agent at the start of each game. Each Agent has a special power, which may range from healing teammates to creating barriers out of thin air. Given Valorant’s MOBA-style approach to Agents, you’ll almost certainly require a diverse set of skills to win a match. It’s worth noting, though, that you’ll have to acquire some skills at the start of each game.

There is no purchase round in this faster, best-of-seven-rounds format, in which every attacker is armed with a spike and all players have the same weapon and all of their skills. In Valorant, do you want to be invisible to your friends? It’s feasible thanks to a simple method that we’ll cover in this article. For a variety of reasons, you may choose to conceal from friends and display as offline. You probably don’t want people to watch you play, or you don’t want them to join you. You can, of course, delete them as a friend, but that isn’t always an option. We’ll teach you how to seem offline in Valorant, so look no further.

There is no means to hide your online status from your friends in an official way. However, if you utilise a third-party programme called Deceive, you may appear offline in Valorant. As the name implies, you may fool your pals into thinking you’re not online when you’re actually playing. Riot also appears to have “allowed” the usage of this programme, implying that you will not be banned if you use it. However, they have the ability to prohibit the usage of Deceive in the future, so if that occurs, you’ll need to update Deceive to make it compatible with Valorant.

How to Hide from Friends Using Deceive