How to avail free Apple Airpods with iPhone offer

If you’re looking for a significant purchase this Diwali in India, the new iPhone 12 smartphone might be one of the best options. Apple is tossing away some attractive deals after the debut of the iPhone 13 in order to deplete the supply of its 2020 iPhone. 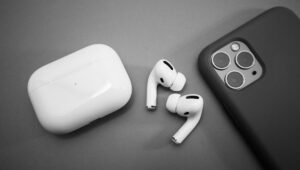 If you buy an iPhone 12 or 12 mini in India, Apple will give you a pair of complimentary AirPods.

With wide edge-to-edge Super Retina XDR, OLED screens for a brighter, more immersive viewing experience, both models include a sophisticated dual-camera system that provides strong computational photography features and the highest-quality video in a smartphone. The A14 Bionic, the world’s fastest smartphone chip, will power all of the iPhone 12’s features while still conserving battery life.

The iPhone 12 has the world’s first HDR video camera with Dolby Vision. The iPhone 12 is the first and only smartphone in the world to support Dolby Vision from start to finish. The iPhone 13 series was previously announced, with a reduced notch, relocated back cameras, and enhanced performance.

The new iPhone 13 is available in three sizes, starting with a 128GB model. It’s also available in pink, blue, midnight, starlight, and RED colours, with 256GB and 512GB storage options.

According to the website, the deal is valid on all iPhone 12 and 12 mini models. However, each user is limited to two promotional items.

The following are the specifics of the new deal.

As previously stated, AirPods are included with the purchase of an iPhone 12. To promote the new offer, Apple has placed an unclickable card on the Store website. It is to commemorate Deepawali, which is one of the country’s most important holidays.

The deal will begin on October 7, 2021, according to the Apple Store website, but there is no information on when it will finish. More specifics, such as which model will be given away for free, have yet to be released.

On the purchase of an iPhone 12 with AirPods (Wired Charging/Wireless Case) or AirPods Pro, Apple will provide Promotional Savings. The iPhone manufacturer is likely to give away the basic 2nd Gen AirPods for free and charge a price for the wireless charging case and AirPods Pro, similar to how it does with the Back To School campaign.

But we’ll have to wait a few days for the full information.