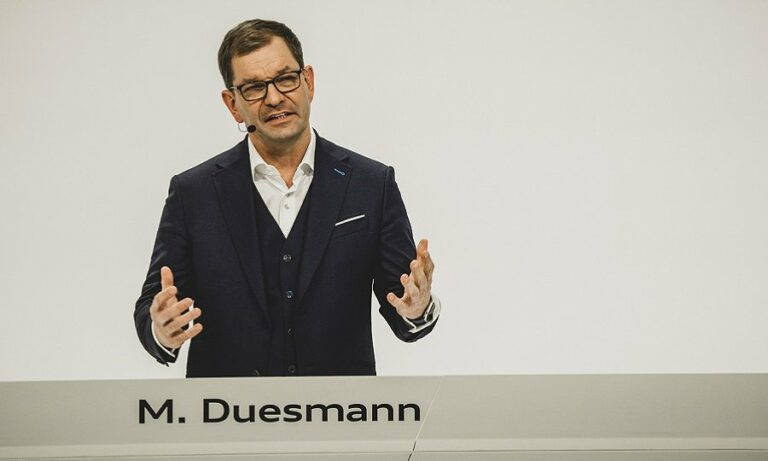 Audi CEO admits to having trouble because of chip shortage

Audi CEO Markus Duesmann says, “We had a very strong first half in 2021. We do expect a much weaker second half. We really have trouble.” Calling this a “perfect storm” the CEO talks about tackling the ongoing chip shortage issue. Comments on the problems faced by automakers to navigate the global chip supply.

Besides the ongoing struggles, the price increase made it possible it possible for companies to soften the blow. By this, they were able to boost margins at least by a certain fraction. In July it was known to not being able to make a mid-five digit number of cars by mid-2021. However, the profit margin surges by 10.7% which is a drastic increase from the 8% in 2019.

Duesmann adds, “We are dealing with it pretty well I would say. But at the moment it’s a day-to-day troubleshooting process,” He said that the company was making closer ties with the chipmakers to emerge stronger from the ongoing crisis. Audi sales in the first six months this year made more than a quarterly operating profit. It comes as the company shifts towards electric vehicles. Every new model launched from 2026 will be fully electric.

While the electric fleet is being built, the production of internal combustion cells is to be reduced gradually. Then they are to completely phase out by 2033. According to Audi’s announcement in August, in two or three years, the profitability of the electric vehicle will surpass combustion engine vehicles. Duesmann said, “The point where we earn as much money with electric cars as with combustion engine cars is now, or … next year, 2023. They are very even now, the prices,”

Duesmann took over as Audi CEO a year ago, when he stated that Volkswagen will be making automotive software. These developments are transform the group on its own. Back then, they stated that it was too early to talk about partnerships.

He said, “Because at the moment … it would take away speed, it would add complexity. Certainly, we could share our software platform with other automotive companies but that’s more mid-term, long-term … 5-10 years.”

Under Duesmann’s Audi roof, there are other brands like Lamborghini, Bentley, and  Ducati. There was speculation that one of the brands could be sold. However, Duesman clarified, stating “These brands … are very valuable very profitable brands, where we can even expand the synergy level in the future. There are no plans whatsoever to get rid of them.”