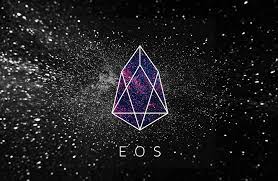 How to buy EOS token

Ethernet over Sonnet (EOS) is a robust blockchain-based architecture that allows for the creation, hosting, and execution of decentralised apps. Dan Larimer, co-founder of Bitshares and Steemit, is the creator of EOS.

It, like Ethereum, provides an operating system that streamlines the process of developing Decentralized Applications, or DApps. Unlike Ethereum, however, EOS aims to be more scalable and versatile in order to make it easier for developers to create decentralised apps.

Simply explained, EOS is an architecture that works in tandem with the internet. It functions as software that enables developers to construct decentralised applications using blockchain technology. When it comes to communicating with millions of users at once, the EOS network is built to match the performance needs of decentralised apps.

Unlike other DApp platforms, EOS has no cost obligations. It is also upgradeable and has minimal latency, allowing transactions to scale to millions of transactions per second.

To safeguard the blockchain, the EOS network employs Delegated Proof of Stake DPOS as its consensus mechanism. Unlike Proof of Work (POW) or Proof of Stake (POS) algorithms, only individuals who own tokens on a blockchain that uses the EOS.IO software may vote for block producers. Delegates can only generate blocks based on how many votes they earn in comparison to other producers.

Every 3 seconds, a single authorised producer creates a block in the EOS blockchain. For each block created, the network pays block creators with tokens rather than transaction fees. In contrast to miners tackling complicated riddles, EOS depends on people and voting to protect the blockchain.

Aside from the open source software, the network is powered by an EOS coin. The token was created with Ethereum. The native coin is usable and may be traded for other cryptocurrencies.

Its major function, however, is to fuel the EOS ecosystem. Anyone interested in developing decentralised apps on the EOS blockchain must possess some EOS in order to control network demands. To execute a programme, one need disc space as well as a CPU, time, and RAM. Block makers must first purchase server time with EOS coins before publishing capacity of the three.

The EOS network functions similarly to a decentralised operating system, allowing developers to create apps. It is propelled by the EOS token, which serves as a claim on server resources. EOS tokens are required for developers to have access to and use the EOS blockchain.

The first step in owning EOS tokens is to have a functional digital wallet that can be used to store purchased tokens. There are currently no official EOS wallets, therefore users must rely on third-party wallets. Because EOS employs the ERC-20 token, tokens may be stored in any ERC-20 Compatible Wallet.

Once you have purchased the necessary number of EOS tokens from crypto exchanges, it is critical that you move them to a safe crypto wallet. Never leave your holding on an exchange since they are the most vulnerable to hacking. Crypto wallets secure one’s holdings in the event that an exchange goes bankrupt or is hacked.