Twitter is a microblogging platform. Blogging has existed for quite some time. Typically, blogging is people creating simple websites on which they write about whatever they choose, such as politics, sports, cookery, fashion, and so on. A tweet is a communication that is posted on the internet. Following other people’s twitter feeds allows users to build relationships. 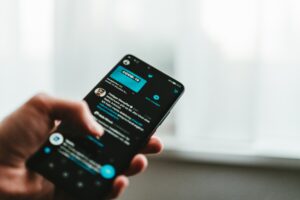 Images or films containing graphic violence, pornography, or hate-group imagery are usually not allowed to be attached to tweets, according to Twitter’s media policy. By clicking the menu symbol on the message and selecting the Report option, Twitter users may report content they deem offensive.

When the information is judged to be “artistic, medical, health, or educational,” however, the firm makes an exemption. To protect users who don’t want to see such items in their feeds, Twitter labels certain messages as “sensitive content” and hides them.

The Sensitive Content notice may be turned off in Twitter’s privacy settings. These settings are present in the same location in the Android app, but not in the Twitter app for iPhone and iPad. The Twitter iPhone and iPad applications, on the other hand, will show you sensitive information without any warnings if you alter the setting on the web.

You can change your settings if you wish to assess the posts yourself. Log in to your Twitter account, then select “Privacy and safety settings” on the left after clicking your profile symbol on the right. Turn on the check box next to “Display media that may contain sensitive information” in the page’s Safety section. (Those who use the Twitter for Android app can do so in the app’s settings as well.)

Similarly, by unchecking the “Hide sensitive information” check box in the Search section, you may make potentially sensitive items accessible in Twitter searches. When you’re finished, click Save Changes.

Twitter stated last month that it will enforce its new limits on abusive behaviour and other nasty behaviour, after years of taking a hands-off attitude to police its users. The company’s complete list of Twitter Rules is available in the Help Center.