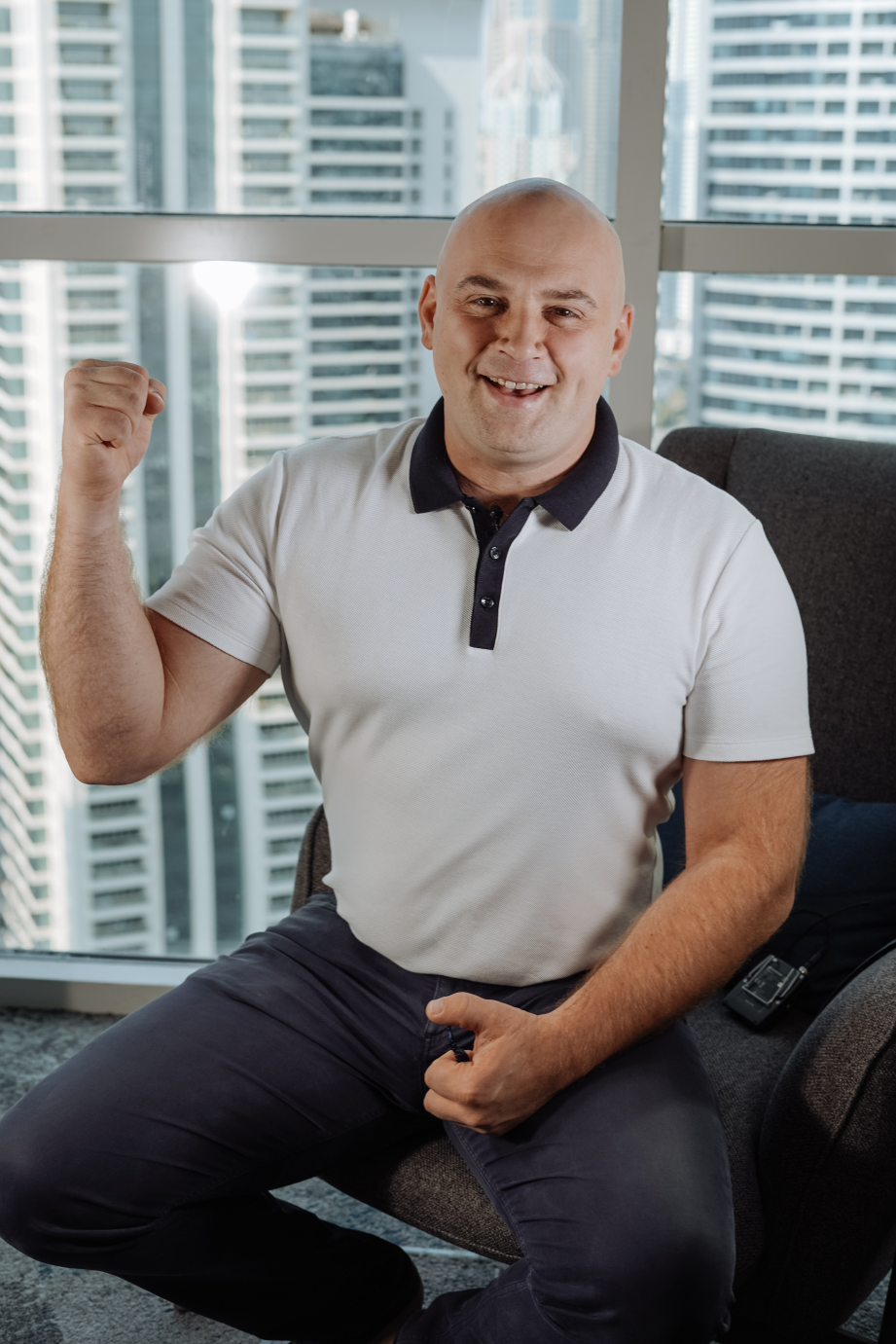 Everywhere around us, sometimes, even next door, are individuals who are changing history right now, who are influencing our future and change our reality. How do we recognise them? They are working harder and more persistently than others do when aiming for their goals. They take on greater responsibilities, are less susceptible to fears and doubts. Serial entrepreneur and investor Alex Reinhardt is undoubtedly one of these kinds of people.

There are more than 7 billion people who live in the world today. Exactly, how many of them are innovators, moving the world forward and opening new horizons? A few thousand, or even less! These outstanding strategists, who are not afraid of taking risks or taking responsibility, are currently called leaders. They are the ones who change history, who drive progress forward, sometimes causing bewilderment and even irritation. Still, reality bends under the power of their will.

The individual’s path is not usually filled with roses. Nowadays, we admire the past pioneers. We read about Alexander the Great, Leonardo da Vinci, Christopher Columbus, or Nikola Tesla. But few people could honestly say to themselves: “Yes, I would like to live this kind of life.” Internationally acknowledged today as the leaders of their era, Steve Jobs, Elon Musk, or Pavel Durov have also faced many obstacles that would seem impossible to so many. What exactly is the path of a pioneering leader today? Has it become more accessible? It is easy to see through the example of Alex Reinhardt’s personal story.

Today, he has created new industries, exploded in the market, and made innovations a part of everyday life for millions of people. Serial entrepreneur, venture capitalist and founder of the PLATINCOIN cryptosystem, today, Alex Reinhardt is one of the blockchain industry’s key leaders. He has been working tirelessly from a young age to provide people with the opportunity to improve their quality of life without having a formal education or a significant investment. Now Alex is at the helm of a company that has launched more than a dozen in-demand products based on minting and blockchain technology. The total combined capital from all his projects is estimated to be worth more than 200 million euros. His products are used by over half a million people worldwide! All of this did not fall at his feet from the sky. It happened at the cost of incredible effort and hard work.

From Siberia to Berlin: How leaders are raised

Alex Reinhardt is a man who has been trapped by life at every turn. A tough childhood almost gave him no opportunity of becoming the international leader he is today, but Alex seized his destiny. Born in Siberia to an exiled German family, he spent the first years of his life with his parents in a rented communal flat with bed bugs, in one of the coldest and most inhospitable places on the planet. When Alex was fifteen, his family decided to take a desperate step and emigrate to Germany to start a new life. So, Alex’s childhood came to an end, and then a fierce struggle began between himself and the world around him.

For several years, Alex’s family had little money to live but survived thanks to social benefits. Even though Alex always received the highest marks in his previous Russian school, he was among Germany’s underachievers. He was often teased for his surname and background in Russia, being called a “fascist”. Now in Germany, they began to tease him for being Russian. An alien here and now, an alien there, Alex had been forced to adapt quickly. His level of German was not high enough to succeed in studies and communication in Berlin which, of course, did not make his life easier. He learned 300 words a day and treated classmates in a cafe to spend more time with them and practice his German. This is how Alex learnt the language in only six months. This also laid the groundwork for his character, literally turning him into a phoenix that rises from the ashes. Since then, with every massive failure, Alex has eventually found even more significant success.

In the 11th grade, Alex started out in sales, distributing German pension fund products, and earning thousands of marks a month. However, Alex realised that he wanted to help people and do some good after working for 10 months at a school for children with disabilities. Here he came up with the idea of giving people a better life for anybody who needs it.

Alex graduated in Economics from the Humboldt University in Berlin, one of the best universities in Europe. He began by raising investments for start-ups and amassed 500 million euros. In 2015, a dreadful thing happened, Alex’s business collapsed due to his partner’s betrayal. 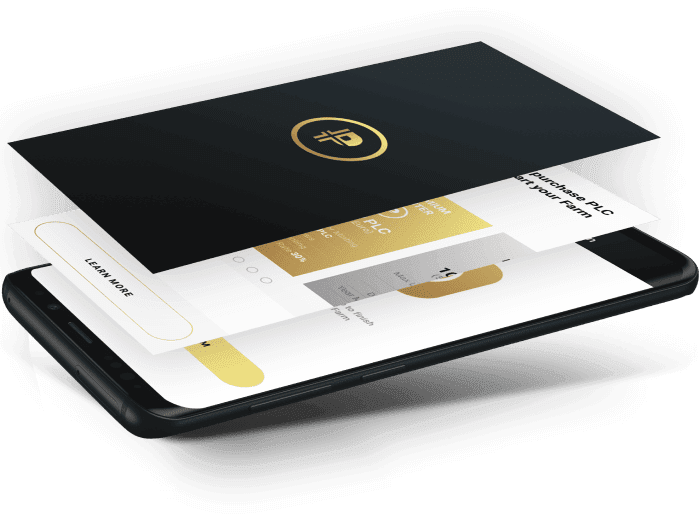 From bankrupt to millionaire: PLATINCOIN and PLC

As a result of his start-up collapse, Alex Reinhardt was left both without any partner’s and without an income source, but having a debt of several hundred thousand euros. Banks started to close his accounts and drove him into personal bankruptcy. Social Services, at the same time, wanted to take away his two children. Nevertheless, Alex would get back on his feet, and then he soared even higher! How could this be possible? It’s simple, because Alex Reinhardt remains one of those who do not settle for the conditions imposed on them by circumstances. These individuals grit their teeth and put in considerable effort to change their circumstances. They maximise all their talents to develop and boost their skills to achieve their goals and move forward without sparing themselves. This represents their reactions to problems. In this situation, salvation came in the shape of cryptocurrency, which changed his life forever and helped him repay his debts in just a few months.

Today, Alex Reinhardt has been able to change his life and the lives of thousands of people worldwide. He has created a technology that gives everyone the financial tools they need to create a stable income source (including passive). PLC is a new generation of cryptocurrency available to everyone via an environmentally friendly alternative to mining called minting. All you need is a smartphone and a certain number of coins in your wallet to generate new coins. A revolution in the world of cryptocurrencies!

PLATINCOIN was officially registered in 2016. Bullying by the media, competitors and hundreds of defamatory publications in the press started almost immediately. For many businesses, this would have meant failure, but not for PLATINCOIN! Due to Alex’s credibility and personal charisma, he inspired his team and the project’s community. He managed to prove the legality and legitimacy of the activities. The company emerged from the crisis and achieved even greater heights. Over the following year, it grew by 5000%, and the PLC coin soared to a record $67. It was a victory that once again proved to Alex that the phoenix always rises yet again.

A superhero without a cloak

Alex is a natural citizen of the world who continuously finds himself in different parts of the world and in various time zones. His day usually starts at 4:30 am and ends at midnight because building such a massive ecosystem requires nonstop flights, business trips, coordination meetings, and events. His personal presence guarantees maximum success. Up to the present day, he conducts free training even in small and remote cities, sharing his knowledge, accumulated experience, and PLATINCOIN resources along with those who strive for more. Alex is passionate about educational activities and devotes a lot of his time to launching charity campaigns. On his crowdfunding platform PlatinHero, anyone can launch a fundraiser to implement their business idea and their personal needs. Platin Hero’s philosophy is that anyone can become a superhero, helping other people realise their projects and dreams.

Meanwhile, Alex Reinhardt inspires people, expands the cryptocurrency market, and invites more people to get involved. His experiences and personal trials have given him the strength to succeed, which he has witnessed for himself through his own experiences. He will never give up under any circumstance. Today, he has a reliable team who stand by him and will walk beside him to the ends of the earth. His attitude towards life gives him a strong belief: “Until I say that we have lost, we have not lost, and I will never say that. I have learned that the most important thing is to never give up and always move forward. I tried many things, and I have found my destiny in the business I am doing now. My goal is to accomplish this and not let myself down, or the people who believe in me either. Yes, I just want to be happy, successful, and wealthy. Equally as much, I want the maximum number of people around me to be happy, wealthy, and successful too. “