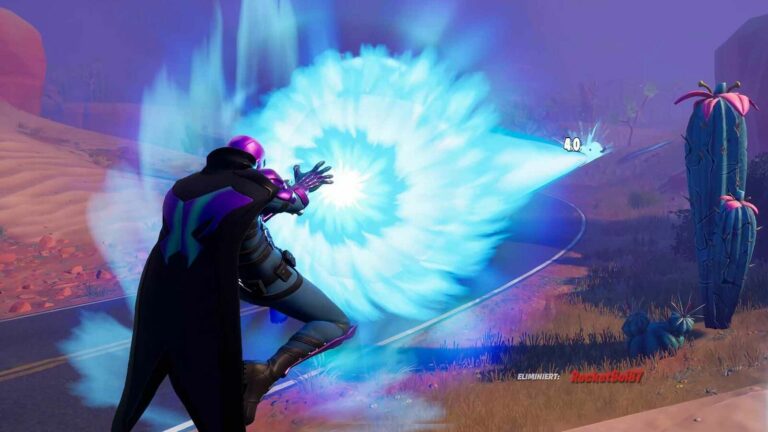 How To Destroy Structures With Kamehameha In Fortnite

The Fortnite Kamehameha is extremely overpowered in eliminating players and destroying structures with attacks. Players just need to equip the iconic Kamehameha and target the building to destroy items with the Kamehameha. Since a single Kamehameha attack only lasts three seconds, players need to be quick to make the most of the Kamehameha Mythic.

Since the Kamehameha beam can move while firing, players can focus their attacks vertically on the structure for maximum damage. Remember that Kamehameha has 3 uses, so if you can’t destroy a structure at once, you can try again. Use Kamehameha against your own or your opponent’s ten structures to complete a quest.

The hardest part about this is getting the Kamehameha. You can find it on the map or eliminate other players and look if they drop it. We recommend that you find it as soon as possible, as there are currently some issues regarding the use of the Kamehameha item.

Well, the Kamehameha is still very relevant despite the end of the Power Unleashed event, up until being included in the Fortnite Week 14 Challenges Chapter 3 Season 3. The Kamehameha was added to Fortnite thanks to a recent collaboration with Dragon Ball and since this is part of the weekly challenge, it will likely be in Fortnite until the end of the new Fortnite season.

Just like in the Dragon Ball Super / Heroes / DBZ manga and anime, you can use Kamehameha in Fortnite to launch a giant energy beam that quickly destroys players, buildings, cars, etc. Goku’s Kamehameha Ha on the Season 3 map and how to make the most of it. Just press LMB to start charging the Kamehameha superweapon, and after a few seconds, it will emit a beam of light capable of melting almost everything in its path.

For the quest, you will only need to destroy 10 buildings, which is easy and nice with the Kamehameha attack. If you now destroy the last wall with Kamehameha in Fortnite, then the building will collapse and all the destroyed buildings will be credited to you for your actions.