How to disable Bixby on your Samsung phone or Samsung TV

Samsung has continuously tried to make Bixby more popular on their devices, but many users realised that long pressing the power button or tapping on the Bixby button would pull Google Assistant instead. 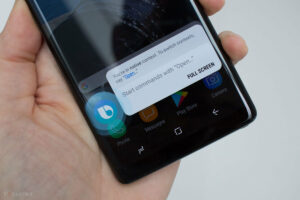 Unlike Google Assistant, which is used on various phones and speakers, and has the ability to control several third-party smart home devices, Bixby primarily controls whatever Samsung device on which it is being hosted, which includes Samsung phones and tablets, as well as some Samsung TVs.

Since Samsung is constantly working on both its software and Bixby itself, disabling Bixby on your phone will differ depending on which One UI operating system (OS) you have downloaded on your device. Similarly, only a couple of Samsung TVs allow you to select another voice assistant other than Bixby.

In order to disable the Bixby power button shortcut on the Galaxy S21, swipe down from the top of the screen to view your Quick Settings. Swipe down again to see more Settings shortcuts. A small power button icon will appear on the screen. Press it, and under the Power off options, you should be able to see Side Key Settings. Tap on it and change your Press and Hold set to the Power Off menu from Bixby.

If you are a user of an S9 or S10 running One UI 2.5, it is quite straightforward to remap the Bixby button to summon some other app. In the Settings app, navigate to Advanced features > Bixby Key. Tap on Double press to open Bixby, after which you have to tap on Use single press. Turn this setting On, and select either Open app or Run quick command.