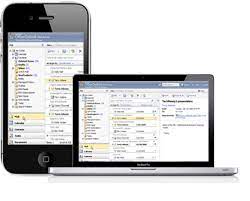 How to encrypt Emails

Email encryption is the technique of masking the content of your emails so that they cannot be read by unauthorised individuals. When sending sensitive information over email, such as social security numbers, passwords, login credentials, and bank account details, it is vulnerable.

It’s critical to encrypt all emails, not just the ones containing sensitive information, when encrypting them. It’s a red flag for a hacker if only part of your emails are encrypted, and it may make your inbox even less protected. They won’t have to trawl through hundreds of emails to discover data they can utilise because they’ll just have to hack into a handful.

Email encryption is the process of manipulating the information of an email so that it becomes a puzzle that only you can solve. Emails are encrypted and decrypted using the public key infrastructure (PKI). In the form of a digital code, each individual is given a public and private key.

The importance of email encryption is that it protects you from a data intrusion. The hacker won’t be able to do anything with the information if they can’t read your communication since it’s encrypted. Over 13 billion data records have been lost or stolen since 2013. A data breach costs $3.86 million on average in 2018. Since 2017, this figure has increased by 6.4 percent. Because data breaches take time to detect, they may be costly.

S/MIME and PGP/MIME are the two most common email encryption protocols. The encryption method for S/MIME (Secure/Multipurpose Internet Mail Extensions) is chosen by a centralised authority and is integrated into most OSX and iOS devices. Because it is incorporated into big web-based email providers like Apple and Outlook, S/MIME is commonly utilised.

PGP/MIME (Pretty Good Privacy/Multipurpose Internet Mail Extensions) uses a decentralised trust model to overcome the security concerns that plain text messages face. This technique gives you more flexibility and control over how thoroughly your emails are encrypted, but it does necessitate the use of a third-party encryption tool.

Step by step guide to encrypt Emails in Gmail

Step by step guide to encrypt Emails in Outlook

Step by step guide to Encrypt Emails on an iOS device