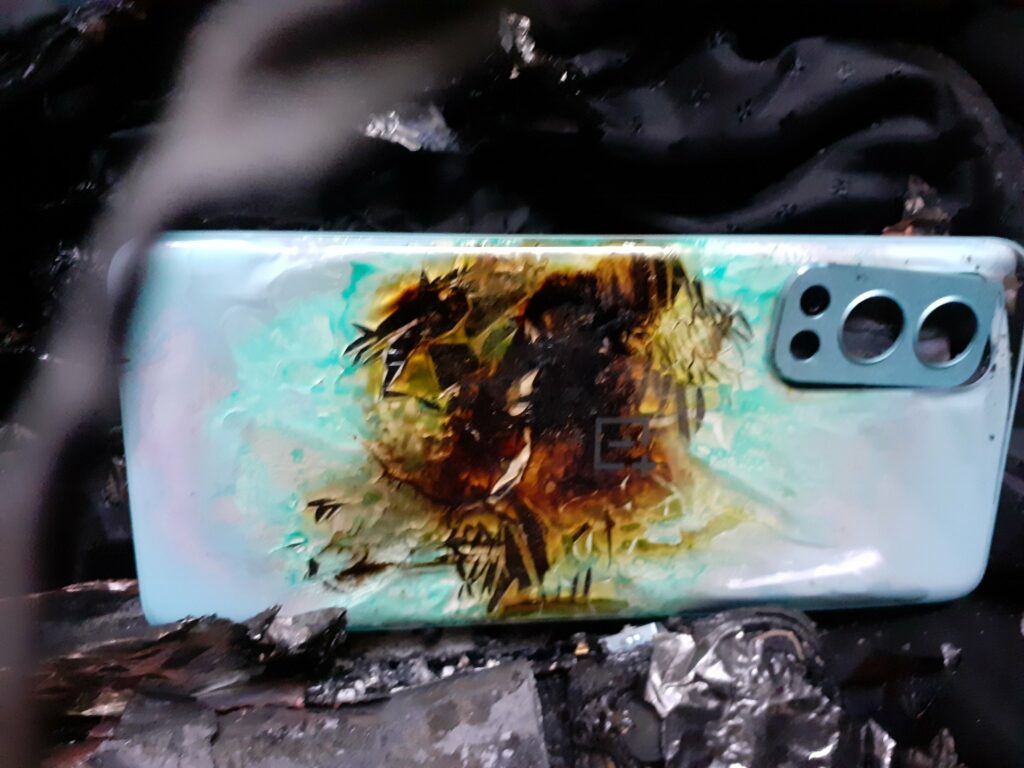 With the introduction of the Nord 2 in India and throughout the world, OnePlus made headlines for offering a quality mid-range smartphone at an affordable price. However, the gadget exploding in owners’ pockets has attracted all of the unwanted attention. There have already been two incidents in India when the OnePlus Nord 2 exploded, injuring the victims. Another instance with an alleged OnePlus Nord 2 being blown in a lawyer’s gown has already been reported.

It was reported on Twitter by Gaurav Gulati. One of the customers claimed that his smartphone, an unlocked OnePlus Nord 2, caught on fire and eventually blew up. OnePlus Nord 2 was completely destroyed in the explosion, said Delhi-based lawyer Gulati.

#Blast & #Fire in my brand new #oneplusnord25g.@OnePlus_IN Today morning while i was in my office ( Court Chamber) @OnePlusNord2_ @oneplus @OnePlus_USA pic.twitter.com/TwNKNmnhzo

According to a post on MySmartPrice, the gadget was in the victim’s pocket, and when he felt the heat from the phone, he flung his robe away. The gadget caught fire and detonated in the courtroom at this point. Gulati is believed to have had injuries in the area of his stomach. The victim’s photos reveal the OnePlus Nord 2 unit’s back and front panels are completely shattered. The OnePlus Nord 2 was also confirmed to be the exploded unit by the newspaper.

The reason behind the OnePlus Nord 2 blast

It’s worth noting that the initial OnePlus Nord 2 explosion was caused by damage from the outside. Following an inquiry, the company was able to confirm this. This time, the client says that the burst was caused by no exterior damage. The gadget was apparently not charging when it burst, according to the victim.

OnePlus request to submit the gadget for examination was also denied by Gulati. Instead, he intends to go the legal path and file a formal complaint against OnePlus India. The OnePlus Nord 2 devices should be recalled for re-inspection, according to the victim. The investigation into this situation is currently ongoing, and we will keep you informed.