How to FaceTime on Android and Windows

Soon, you will no longer require an iPhone, iPad or Mac to FaceTime. Instead, you will be able to join your iPhone-owning friends on FaceTime calls even on an Android or Windows device. In a decision that is widely being seen as Apple’s answer to Zoom video calls, the software giant is making it possible for people who have Android phones and Windows laptops to join FaceTime calls without the need of an Apple device iPhone. 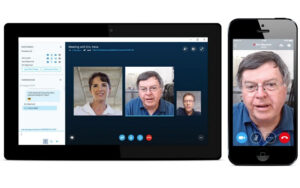 However, Apple devices are not cut out of the process. In fact, they are still part of FaceTime to such an extent that the system will rely on the upcoming iOS 15 operating system to look and work more like Microsoft Teams and Zoom. Besides the ability to speak with those that are outside of Apple’s bubble, FaceTime updates will include call scheduling and a new grid view.

Most people will have to wait to try out FaceTime with Android and Windows after the iOS 15 beta will be released next month, or when the finished iOS 15 product launches this fall. Despite the long wait, here is a guide on how to join FaceTime calls now, regardless of which device you are currently using.

If you are a user of a Windows or Android device and have a friend or family member with an Apple device, they can send you a link to a FaceTime call view either text, WhatsApp, email, or calendar invite.

Once you have received the link, all you have to do is click on it, and it will automatically open in your browser. You can join the call from there.

However, this update does have one weakness. In order to schedule or start a FaceTime call, you will need to have both an Apple device and an Apple account. After that, you can create a shareable link in order to invite others, who can join from either their browser on Android or Windows devices, without the additional requirement of an Apple account. But those participants will not be able to enter the call until the Apple user who set it up approves them as users.

At this year’s WWDC, Apple stated that even when on the web, FaceTime calls are always end-to-end encrypted.