How to hide last seen in Whatsapp

WhatsApp, which was launched in 2009, is one of the most widespread text and voice messaging programmes. On both desktop and mobile devices, you may send messages, conduct phone calls, and hold video chats for free. 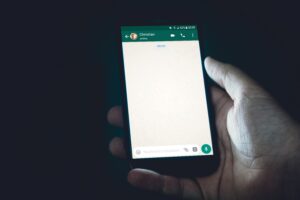 This app’s popularity derives in part from the fact that it functions on a variety of phone and computer operating systems, making it useful for communicating. Wi-Fi and cellular data can also be used to make one-on-one or group conversations.

To comprehend WhatsApp’s appeal, it’s important to remember that it was one of the first smartphone apps to provide free internet-based messaging. Instead of transmitting texts through cellular data networks, where costs may apply, WhatsApp sends and receives messages and calls via a Wi-Fi connection for free.

WhatsApp is used by over 2 billion people worldwide because it allows them to communicate more efficiently regardless of their device or location.

WhatsApp offers a lot of positive aspects, but it also has some drawbacks. There are drawbacks, such as a flood of messages from individuals you’ll never react to, and the dreaded “Last Seen” notice, which lets everyone understand precisely when you were online and when their messages were received by you.

WhatsApp’s timestamp, which indicates whether a person is online or was last seen at a specific time and date, may now be concealed from all consumers or all unknown users. This choice to hide the last seen information by the instant messaging service provider is divided into three categories : Everyone, My Contacts and Nobody.

Decide what you want to do with the option first, then use the methods below to alter it, based on your platform.