One might argue that Instagram is unlike any other social media platform. The site is nearly completely based on exchanging photos and videos rather than text. Instagram has become a cultural force as a result of this visual twist. 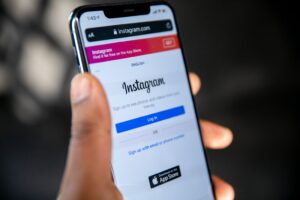 Instagram, which was purchased by Facebook in 2012 and has over a billion registered accounts, has become a part of daily life. From tiny companies to large corporations, news organisations to cultural institutions, celebrities, photographers, and artists, not to mention the cottage industry of influencers that has sprung up in its wake, it appears that everyone is on Instagram these days.

To begin using Instagram, you must first download the app and create an account. It’s free to download on iOS, Android, and Windows phones and tablets. While there isn’t a completely optimised IG app for iPads, you can still get the full IG experience on your iPad by adjusting your App Store settings.

Instagram has begun rolling out a new feature called pinned comments, which allows users to pin up to three comments to the top of their posts. The firm believes that this tool will assist users in managing the tone of responses on a post while also moderating abusive or negative remarks.

On July 7, Instagram announced the debut of Twitter’s new pinned comments function. Users must upgrade the Instagram app on their phones from the Google Play Store or the Apple App Store to receive the functionality. This feature was tested around the same time as Instagram launched a bulk-delete comment option, which has now been live for two months.

The left-most icon of these alternatives, which will now total four, is a pushpin icon, which when clicked, pins the comment to the top.

For a few years, the social media platform has been striving to reduce abuse, disinformation, and harassment on its postings, and has focused on comment moderation as part of that effort. Artificial Intelligence (AI) is used on the site to automatically remove abusive comments, and similar techniques alert users of potentially offensive or detrimental captions before they post a picture.

While pinned comments are neither the most successful nor the most necessary tool in this respect, they may nevertheless assist prominent influencers, companies, or celebrities in better moderating comments on their posts.