How to play Xbox games on phone

Microsoft is now catching up with its own streaming service, several years after Sony debuted Remote Play with the PlayStation 4. Sure, Windows PC customers could connect their Xbox One console to the local network and stream it. However, unlike PlayStation 4 users, they were unable to stream their games anyplace else. 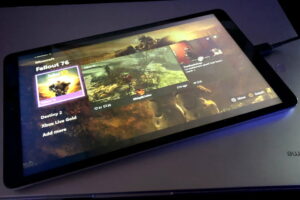 That’s all changed now. Microsoft now offers two ways to broadcast Xbox One games to a mobile device: Directly from the console, not only at home, and from Microsoft’s cloud. Here’s the kicker: Remote Play is only available on iOS and Android outside of the home network. Only Android users have access to cloud-based gaming.

Microsoft’s recent upgrades to the operating system and Xbox software have greatly eased the process of streaming games to your mobile device. The settings are kept as simple as possible, so there is less fussing and more playing.

The following are the prerequisites:

On mobile – Pair a controller

These instructions are based on the assumption that you already own an Xbox One and that it is linked to your account. The Xbox app now has a Set Up a Console feature, however it is just for configuring a new console, so disregard it.

Stream from the cloud

This feature is only available if you have Game Pass Ultimate, which costs $15 per month. With this package, you may stream not just your bought Xbox games, but also over 100 titles from the current Game Pass catalogue. These games cannot be streamed from the cloud using the Xbox app; instead, the Xbox Games Pass app is required.