How to preload Battlefield 2042 Beta 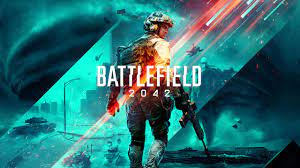 The Open Beta for Battlefield 2042 will be available on all of the game’s platforms. By default, crossplay will be enabled, allowing you to play with your friends on other platforms. Previous-gen owners, on the other hand, will be unable to play with the current-gen and PC.

The Battlefield 2042 Beta is available on the following platforms:

Let’s have a look at how the procedure works.

You may not have been told that you may preload the beta if you pre-ordered Battlefield 2042. Everyone may now preload Battlefield 2042 on Steam. Anyone who has used Steam previously will be familiar with how simple the platform is, and you can have the open beta installed and ready to play when it goes live in a matter of clicks.

Go to the Steam Store and search for ‘Battlefield 2042‘ assuming you already have a Steam login and the Steam client (if not, join up for Steam first).

When you click ‘Request Access,’ a pop-up window will display asking you to ‘Confirm your request to join by clicking below.’ When the developer is ready for new participants, you will receive an email.

The Battlefield open beta file is 19.1GB in size, a hefty figure that hints at the scope of what’s to come!

With your preloaded beta, you’ll be able to play Conquest, Battlefield’s classic sandbox mode, with action based on many flags rather than individual control points. We’ll also get to view the Orbital map and meet Webster, Maria, Pyotr, and Wikus, four of the Specialists.