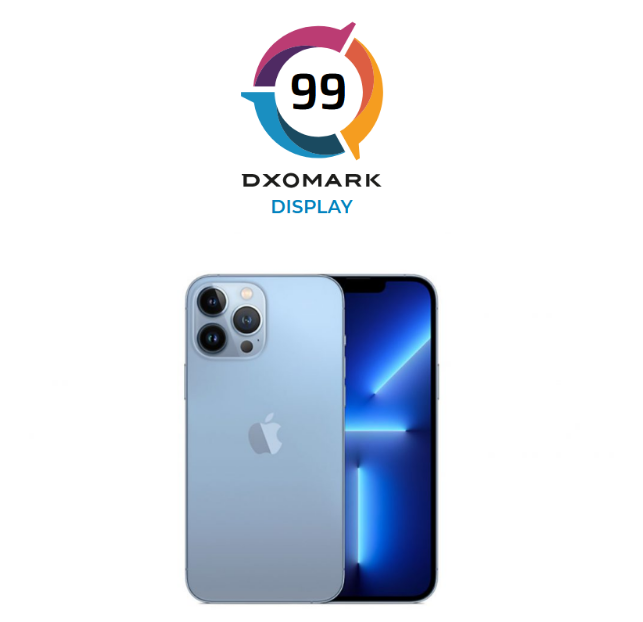 DxOMark rankings show that Apple’s iPhone 13 Pro Max now has the best display. With a score of 99 points, the company’s high-end flagship has surpassed the previous top, the Huawei P50 Pro. According to the DxOMark test, the total score of 99 points is the highest ever awarded to a smartphone, propelling it to the top of the display rankings. The firm praised the smartphone’s fluidity and precision while browsing, as well as its excellent color reproduction and “exceptional” HDR10 rendering, which all combined to a “enjoyable multimedia experience in all situations.” The top-tier model, for those that are unaware, has a 6.7-inch OLED display with a 19.5:9 aspect ratio.

The device’s display was dubbed “Simply Stunning” by DxOMark, and it had outstanding readability in virtually all circumstances. This is also evident in color fidelity and viewing angles. When surfing, the smartphone is responsive and fluid, with great artifact control. DxOMark, on the other hand, found that the display was not bright enough at its default settings for suitable night reading. Furthermore, when the blue light filter was turned on, it had a strong orange hue. 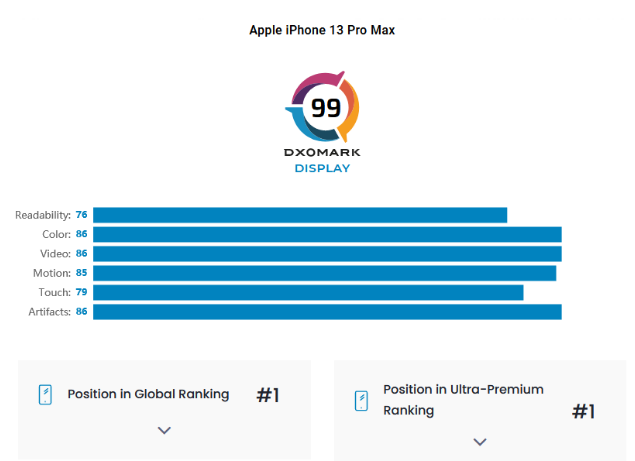 Another minor disappointment was the game experience, which they thought might be improved. Regardless, the Cupertino-based company’s iPhone 13 Pro Max has surpassed the Huawei P50 Pro and the Samsung Galaxy S21 Ultra to become the new top. DxOMark also stated that Apple had made significant improvements over its predecessor.

We all know that Apple did not offer us a deeper look at a bigger portion of the 13-series smartphones’ new specifications for this launch. For that, fans will have to wait for teardowns to appear online. The first deconstruction for the iPhone 13 Pro is now out, and it provides a more in-depth look at the battery capacity and other details.

The breakdown video shows that, as Apple stated, the iPhone 13 Pro indeed have a bigger battery. This battery has a capacity of 3,095mAh, which is more than the capacity of the iPhone 12 Pro, which is 2,815mAh. The new battery is an L-shaped device made in China by Sunwoda Electronic Co.

The video also indicates that the iPhone 13 Pro has a Qualcomm X60 5G modem and a Samsung 120Hz screen. It also features a smaller Taptic engine than the previous year. The phone’s RAM module is likewise manufactured by Samsung, while the storage is manufactured by the Japanese company Kioxia.