How to refund games on Xbox

Windows Phone Store, Windows Marketplace, Xbox Music, Xbox Video, and Xbox Store (previously known as Xbox Live Marketplace) were once independent digital distribution systems that were combined into one all-encompassing Microsoft Store. That’s where you should go if you’re looking for digital games for your Xbox system. 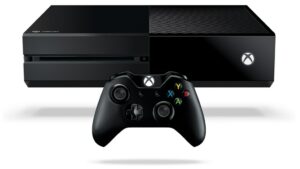 With roughly 50 million Xbox One consoles sold globally and hundreds of titles accessible on its game store, certain difficulties are likely to arise. If you’ve ever bought a highly anticipated game only to be disappointed, you’ve undoubtedly wondered if you can get your money back and how to do it.

For a long time, getting a refund for a digital game was impossible. The return rules appeared to be the same whether you bought games for your PC, PlayStation, or Xbox online—all purchases are final. In recent years, when the situation began to shift, Xbox and Microsoft Store followed suit. Although requesting a refund for an Xbox game is feasible, it is not simple.

The Refund Eligibility portion of the Digital Game Purchase Refund Terms page does not sound promising. Except in rare situations, all sales of digital gaming items are deemed final. It’s not easy to figure out what those situations are. After searching numerous support sites for answers, you may discover that the Xbox refund policy contains the following rules:

Here are the alternatives for genuine reasons that can get you a refund for the game you wish to return:

Microsoft will reimburse your money within a few business days if your refund request is granted. There is no mention of being able to select the return payment method.

It’s reasonable to assume that refunds be handled to the original means of payment wherever feasible, based on the statement that you should verify with your bank to see if the appropriate payment method has been correctly credited.