How to reset a Samsung TV

Samsung first entered the mobile phone market in 2000 with the release of a feature phone with a built-in camera capable of taking up to 20 photographs at once. By late 2000, the firm had released many phones, but the Galaxy S series of smartphones, which used the company’s OLED screen technology and hummingbird CPU, became its global success storey. Apart from smartphones, Samsung is a significant supplier of tablet computers, notably the Android-powered Samsung Galaxy Tab-series, and is widely recognised as the inventor of the phablet category with its Samsung Galaxy Note-series devices. 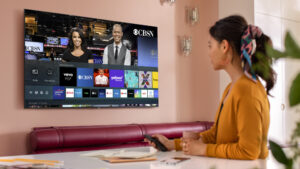 Some Samsung LCD tvs do a lot more than merely show the signals that come in. Smart TVs can access material through websites like Netflix and YouTube, play music or show photos from a linked drive, and retrieve movies and other data from your home network. The TV relies on a small, built-in computer to access these functions, which saves a large amount of data, including account passwords. By performing a factory reset on your Samsung LCD TV, you may delete all of this information and reset the system.

When your Samsung LED TV isn’t working properly, and if you’re not interested in the existing settings, you may reset it to factory defaults by deleting saved settings including audio and image options. A TV may be useful for connecting external devices like laptops and projectors for multimedia tasks like business presentations, but if it isn’t operating as it should, a simple reset will repair minor issues and allow you to programme your settings from start.