There’s no denying that Twitter has its highlights. However, a really open forum like this one has its drawbacks, particularly for people who are only looking for attention and not contributing anything important to a serious debate. 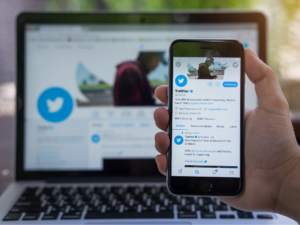 If you’re annoyed by such people’ rude or irrelevant tweets, Twitter is introducing a new tool that will give you greater control over a conversation while maintaining total transparency for everyone involved in your Twitter thread.

Twitter is a microblogging and social networking website that allows users to communicate their thoughts and ideas in 280-character bursts. Tweets can be posted, liked, and retweeted on Twitter.

Authors of Tweets can choose to conceal replies to their tweets. The secret reply icon, which appears on the original Tweet when there are hidden responses, may still be accessed by anybody. A reply can also be unhidden at any moment by the Tweet author. The author of a reply will not be alerted if a Tweet author hides it.

Hidden replies are being rolled out more widely at a time when Twitter claims to be growing better at regulating its platform. According to the company’s Q3 2019 financial report, more than half of abusive tweets are now removed before they are noticed by a user. The firm, on the other hand, appears to be fully aware that it still has a lot of work ahead of it.

Hide Replies was created to help balance the discussion on Twitter by allowing the original poster to choose which replies to their tweets stay visible. It has been one of Twitter’s most divisive features to date. When a person decides to conceal their answers on Twitter, they are not really deleted; instead, they are hidden behind an extra click. That means trolling, irrelevant, disrespectful, or otherwise offensive comments aren’t allowed to dominate the discussion.

Following these steps will allow you to see hidden responses on Twitter: