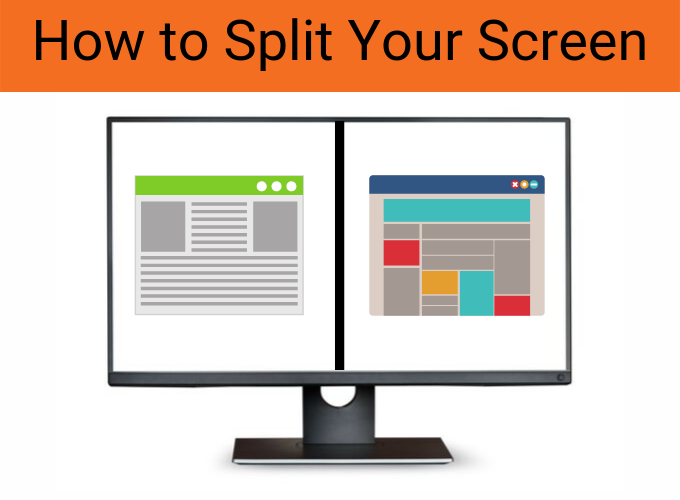 How to split screen in laptop

Do you just have one computer monitor and wish to divide it into two parts on a Windows 7 or Windows 8 or Windows 10 system? Do you envious people who have multiple displays and can work in two softwares at the same time?

Ultrawide displays have been more widely accessible in recent years, and their popularity has risen as a result. Whether writing a review on the latest technology or sinking hours into their favourite game, there’s something about the look of a curved monitor that draws the user into its sea of pixels. However, if you just use one window at a time, you’re not taking use of all that space.

Here’s a brief lesson on how to divide your display into two equal halves and work on two applications at the same time, or merely have two windows of the same software open at the same time.

If the built-in Windows 10 apps don’t provide you with the control and utility you want, you may download freeware programmes that provide access to more advanced features. WindowsGrid, GridMove, and AltDrag are just a handful of them. The disadvantage of freeware apps is that the creators receive no or very little compensation for their work, thus support for these products may come to an end unexpectedly. Consider purchasing a commercial software that does a similar function for long-term support for screen-splitting applications.