From introducing new manufacturing processes during the industrial revolution to the appearance of computers and the dawn of the digital age, every time disruptive technology has found its way into our lives, it has altered the way we do business. 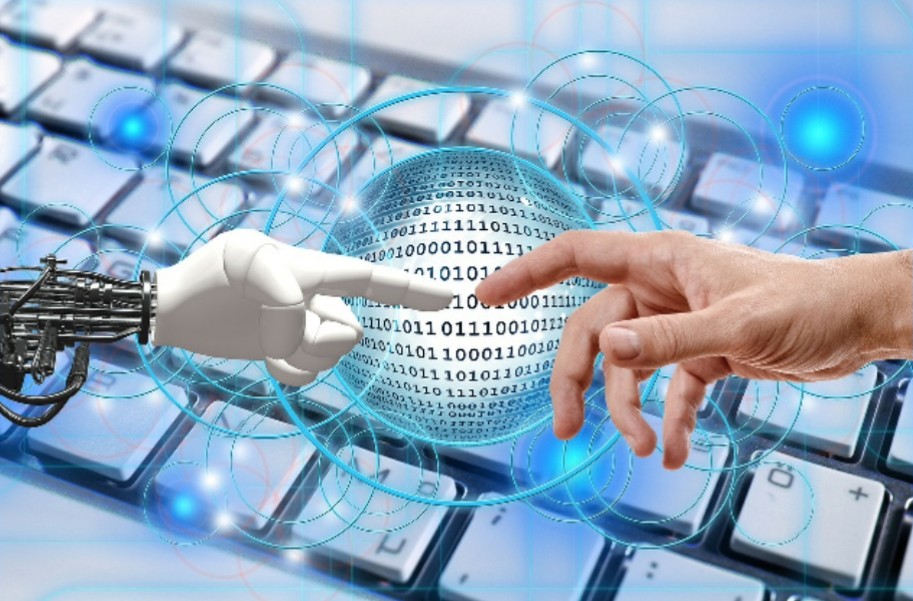 Not only does the technology evolve from being a luxury we use to a necessity we need, but it also impacts the workforce, changing the skills required by the market.

For example, while the industrial revolution caused jobs to migrate from rural areas and fields to factories and sprawling cities, the computer forced typists, stenographers, and artists to adapt their skills to a digital tool that threatened to render anyone who didn’t know how to use it obsolete.

The New Kid on The Block, AI

Today, experts believe that artificial intelligence will usher in a new wave of disruption, bringing the Fourth Industrial Revolution about.

The World Economic Forum estimates that over 33 percent of the work skills we value today will change five years from now and that, between today and the year 2030, there will be approximately 800 million workers globally at risk of losing their jobs.

As a result, workers need to understand this technology and prepare for the ensuing change that is bound to come.

What Is The Difference Between People and AI?

Specialized intelligence involves the ability to tackle particular goals in specialized situations, such as solving a mathematical equation or recognizing a face.

General intelligence involves the ability to solve a wide range of problems within several general fields.

Computers are usually better than humans at taking on specialized problems.

They can perform repetitive tasks and can master a specific task.

But, the best computer at playing chess could not play a game of tic-tac-toe, which is where general intelligence comes in.

A small child can play connect four, have a conversation with an adult about almost anything, and handle unpredictable situations with seeming ease.

One way we try to measure general intelligence in humans is by calculating someone’s IQ score, assuming that there is a correlation between this score and the individual’s ability to handle complex or unpredictable situations.

Understanding this difference between general and specialized intelligence is key for workers preparing for the future.

What Are The Kinds of Jobs That Will Appear Thanks to AI?

Rather than imagining what kinds of jobs may appear to work in tandem with smart machines, we can look at a modern example of a business that has integrated AI into its business model.

When Amazon announced the Amazon Go project, it promised to revolutionize the retail industry. It announced to the world that it would launch a chain of cashier-less stores, where customers can just walk in, pick up what they want, and walk out with no hassle.

To make this project a possibility, Amazon is relying on AI, including tracking technology, and technology that will automatically bill customers for the “purchases” they make.

In this scenario, some workers will have to sort, tag, and check the labels are on the shelf.

Other workers will restock the shelves, and others will build and repair the cameras used in the store along with the sensors placed along the shelves.

A small group of workers will be in charge of the programming and maintaining of artificial intelligence, making sure that it works without a glitch.

What Are The Possible Work Structures That Humans Working With Machines Can Adopt?

When thinking of how human beings and smart machines will work together, we shouldn’t pose the question as humans versus machines, thinking about the jobs that will disappear because of AI.

Instead, we should ask ourselves how humans and computers can complement one another, occupying ourselves with the new possibilities that can result from this symbiosis.

Also, rather than envisioning a structure composed of several devices all monitored by a single individual who has to make sure that everything goes smoothly, we ought to build groups from the ground up where we can make the most of combining people’s general intelligence with a computer’s specialized intelligence.

What Are The Skills That Future Workers Will Need?

There are several skills that the workers of tomorrow should start developing today.

Most of them can be subsumed under one of three categories:

The first thing that any worker needs to pursue is consistent growth and active learning.

This will allow them to always develop their skills and stay abreast of the latest happenings in their field, enabling them to take on tougher and tougher challenges in the work field.

One area that deserves special attention from today’s workers is the technology, particularly computers – that’s right, you need to learn how to fix your own Windows from now on.

If humans and computers are to work in conjunction together, each one complementing the other, then the people operating these computers need to solve most of the simple problems they will probably face.

Good decision making requires creativity, critical thought, and sharp judgment, all of which are reliant on general intelligence.

Creativity is being able to bring together disparate thoughts and coming up with a new synthesis.

Critical thought relies on the ability to judge the viability of an assertion based on many factors pulled from varying fields, and sharp judgment boils down to being able to see the implications of each available alternative and choosing the one with the highest utility.

Whether it’s a team working on a business project or a patient receiving important medical news from their physician, we all need the comfort that comes with human interaction.

Those who excel at interacting with their fellow human beings will make it farther in life.

Several skills can be included in this category, such as leadership skills, diversity, and cultural intelligence, and interpersonal communication skills.

As history has shown us, progress and disruption are necessary facts of life. When facing them, we can only do one of two things: adapt or perish.

AI is bound to change the modern workplace, be it on the factory floor or in a marketer’s air-conditioned office. It will make certain jobs redundant while creating new jobs at the same time.

To keep up with this technology, we need to first understand it, appreciate how it differs from us, and imagine the kind of jobs that can appear in the future.

Afterward, we can begin thinking about the skills that will be required to fill those jobs, hoping to always stay ahead of the curve.

Ashley Wilson is a digital nomad writing about business and tech. She has been known to reference Harry Potter quotes in casual conversation and enjoys baking homemade treats for her husband and their two felines, Lady and Gaga. You can get in touch with Ashley via Twitter.