The most recent significant update for Super Smash Bros. Ultimate is version 13.0.0. It’s now starting to go out to all consoles throughout the world. 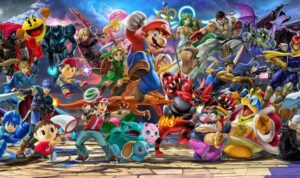 If you’ve been playing recently, the new version should immediately download to your device. You can get it right now by heading to the Switch home screen, finding the Smash Bros. Ultimate icon, hitting the “+” button, selecting “Software Update,” then “Via the Internet.”

The main goal of today’s patch is to make Sora the final DLC fighter in Super Smash Bros. Ultimate. The Hollow Bastion stage, new music tracks, and spirits to battle are all included with the character. Remember that new Mii Fighter outfits, such as Doom Slayer, Octoling, and Judd, are available for purchase. Other aspects, such as balance adjustments, should be included as well.

There are no patch notes for Super Smash Bros. Ultimate update version 13.0.0 yet.

In terms of Sora, we have a lot of information about him and his actions in the game. Additionally, you may visit the Super Smash Bros. Ultimate official website.

The most recent version number will be shown on the title screen when the update is implemented.

To access the game’s Internet capabilities, you must install this update.
To utilise the game’s online features, you’ll need a Nintendo Switch Online subscription. To participate in Local Wireless Battles, all players must be running the same version of the programme.

The latest version does not support replay data from prior versions. Before upgrading the programme, be sure you convert your replays by heading to Vault in the main menu and choosing Convert to Video. After you’ve downloaded the update, you’ll still be able to utilise your saved data.

The update will automatically download and install if the system is connected to the Internet.