How to upgrade to Windows 11

If you are a user of Windows 10, then you must know that Windows 11 is about to arrive on the scene. Soon, it will be free to upgrade to the new and updated interface, which was announced on Thursday by the company after its virtual event. 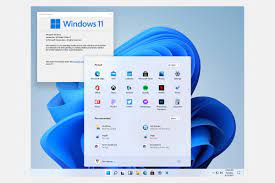 As long as your PC meets the minimum requirements, you will be able to update to Windows 11 in the same way that you usually update to new versions of Windows 10. It will be made available during the holiday season of this year and will stretch out into 2022, although an official release date is not known yet.

As mentioned above, once Windows 11 becomes available to users, you will have to download it in the same way you would with any new version of Windows. Most users will navigate Settings > Update & Security > Windows Update, and click on Check for Updates. If it will be available by that time, you will see a Feature update to Windows 11. Click on the option that reads Download and install.

If you want to test out Windows 11 ahead of its release, an early beta version will be released next week for those who are part of the Windows Insider Program, and a public beta will be made available in July. However, it is only recommended to install a beta if you have a second tester device, but do not do this on your main device, as there are likely to be bugs.