How to use Google Assistant to watch TV

If you happen to want to use Google Assistant to watch TV, this guide will help you tell what you need to know about watching TV with Google’s smart assistant.

Not only can you tell your remote what to play on your Android TV, but you can also turn your Android TV both on and off, open streaming apps like Netflix and YouTube, and play, pause, resume, and stop the playback on your screen. 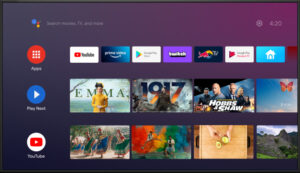 The second method is to use Google Chromecast, which will work by hooking directly into the HDMI port on the back of your TV, drawing power from its USB port, and then acting as a receiver for streaming video links sent from your phone or tablet.

When you press the Google Cast button built into most streaming video apps, it will send a link to the Chromecast and immediately start streaming. It is a very intuitive system when you use it, and eliminates the need for a discrete remote control.

Chromecast also works really well with Google Home speakers. By simply saying something along the lines with you “OK Google, play the latest episode of Orange Is The New Black on Chromecast”, you will be able to watch the show that you want to.