This year, Apple used its annual spring event to announce the upcoming arrival of several new products, such as the M1 iPad Pro, AirTags, a new M1-powered Mac, and a purple model of the iPhone 12. These products will be made available later this summer.

This year, due to the Covid-19 pandemic, the technology company is holding its Worldwide Developers Conference (WWDC) completely digitally. The conference will last from 7 June to 11 June. Both fans and developers will be able to watch it online for free.

You will be able to stream the event directly from the company’s official website. Some news outlets, such as CNET will be covering the event live, with real-time updates, insight, and analysis. 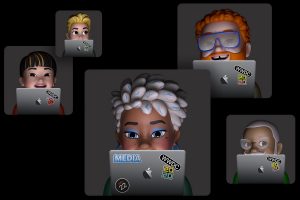 So what can we expect from the conference itself? In 2020, Apple declared that a major change would be made to its line of Mac computers, as instead of being powered by Intel-made chips, they will now be powered by chips designed by Apple’s internal team. That group has been working on chips to power iPhones and iPads for more than a decade, and now, Apple says those chips will be capable enough to power computers, as well.

So far, the computers that are powered by the new M1 chip have received positive reviews for having a cooler feel and a longer battery life. However, despite the initial praise for this change, many in the industry sit with bated breath to see how these new chips will power devices and computers that are known for being performance-heavy. Furthermore, Apple could use the event to announce its new next-generation M2 chips.

There is also the possibility that we could learn more about the next version of macOS. However, the most major and anticipated announcement of the event will most probably be about iOS 15 and iPadOS 15. This is the latest annual update to software that Apple uses for iPhones and iPads. It is typically free and is usually released with new lines of iPhones in the second half of the year.

This year,  it is rumoured that the update will include new ways to deal with app notifications, and will also make its home screen widgets for new and small applications more interactive. As of now, they work by updating data, but tapping on the widget will take you straight to the app, as opposed to being able to access the app’s contents through the widget itself.

Another circulating rumour is about the possibility of new features in the Apple Watch and its software. Currently, the Apple Watch is able to track the user’s movements, ECG, heart rate, and levels of oxygen in the blood. It is being said that the next feature being added would be the measurement of blood sugar levels.