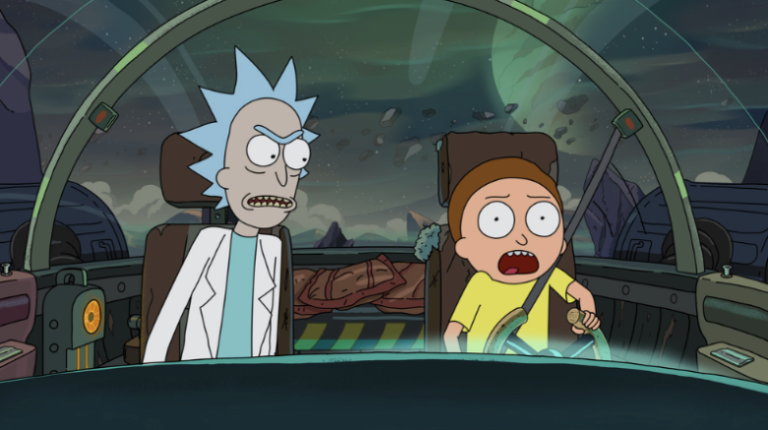 Dan Harmon’s widely popular animated sci-fi sitcom, Rick and Morty, is back for its highly anticipated fifth season! This means that fans of the show will again be able to see the antics of the space venturing, alien killing, existentialist duo of drunken scientist and nervous grandson as they go on new adventures.

It is not at all surprising to hear that the show is back. Rick and Morty has developed quite a fanatic audience over the years due to its unique plot and irreverent episodes.

While some episodes in the past have kept things somewhat relatively tame, more recent episodes, such as  ‘Never Ricking Morty’ display the creative brilliance and unconventionality of the showrunners.

So, the question remains: what will season five bring to the table? The sneaky previews of Adult Swim, the network on which the show airs, suggest battles in space, some ironic references to the Blade movies, violent mermaids and of course, the intergalactic clones of Rick.

In previous seasons Rick and Morty has also shown audiences many unexpected guest stars, such as business magnate, Elon Musk, comedic duo Key and Peele, and John Oliver, among others. Thus, it would be safe to say that we would be surprised then if the show did not include some more glorious cameos in this epic space comedy.

Here is a guide on how to watch Rick and Morty season 5 for free in a host of countries.

The date has been made official, and Rick and Morty will be airing live on Adult Swim on Sunday, June 20 at 11 pm ET / PT.

Luckily, Adult Swim is a completely free service so you will not have to pay anything to watch either the Rick and Morty premiere or any future episodes from this season.

Much like previous seasons of the show, Rick and Morty will be airing on the E4 channel. The first episode will be live on Monday, 21 June, at 10 pm.

The good news here is that like in the US, you will not have to pay to watch the show. All you need is a TV license to watch it either on TV or later through either the All4 app or website.

For Canadian viewers, you will be watching the new season of Rick and Morty, just like in the US, on Adult Swim. The channel has become available in Canada relatively recently, and you can now use it for free on cable services, such as Shaw Direct and Bell.