How to watch the Real ‘Eurovision’ final in the USA

Participating nations from the European continent – as well as a few outliers, such as Australia and Cyprus –  hold national competitions to select both a singer and a song to represent their nation. Following this, countries compete against each other live on the Eurovision stage. In total, 39 countries are participating in this year’s Eurovision contest. 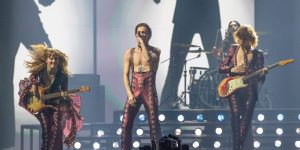 Citizens in participating nations can vote for the winner and a national jury selected by each country accounts for half the vote. It is important to note that you cannot vote for the representative of your own country.

The 2021 edition is about to conclude, with the final airing today. Last year, the contest did not happen due to the current Covid-19 pandemic. It is being hosted in Rotterdam, the Netherlands, which was supposed to host Eurovision in 2020 prior to its cancellation.

The first semifinal was broadcast on Tuesday, followed by the second semifinal being aired on Thursday. The highest-scoring entries from the two semifinals, the Big Five – the UK, France, Germany, Spain, and  Italy, which help fund the competition – and the previous winner, the Netherlands, will compete in the grand final, which will be held on Saturday in PST.

This year, a large majority of the entries will be performing live on stage in Rotterdam, but others, such as Iceland and Australia, will be using a live and taped recording due to the restrictions on travel in light of the pandemic.

If you live in the US and want to watch the final of this year’s Eurovision contest, there are a few options for you to choose from. Peacock, an American video streaming service owned and operated by the Television and Streaming division of NBCUniversal, is the only place in the US that is live streaming the event. A last-minute deal between Peacock and Eurovision means that viewers now have a new way to watch the final. If you have a Peacock subscription, you can watch it easily. This works on the free Peacock tier, so a subscription fee is not required.

Another option is the Swedish streaming service, Sveriges Television, also known as SVT Play. SVT Play will be streaming the event for anyone who wished to watch the final for free in their web browser. All you need to go is click and watch, but only if the service is not overwhelmed by a sudden surge in global viewership.