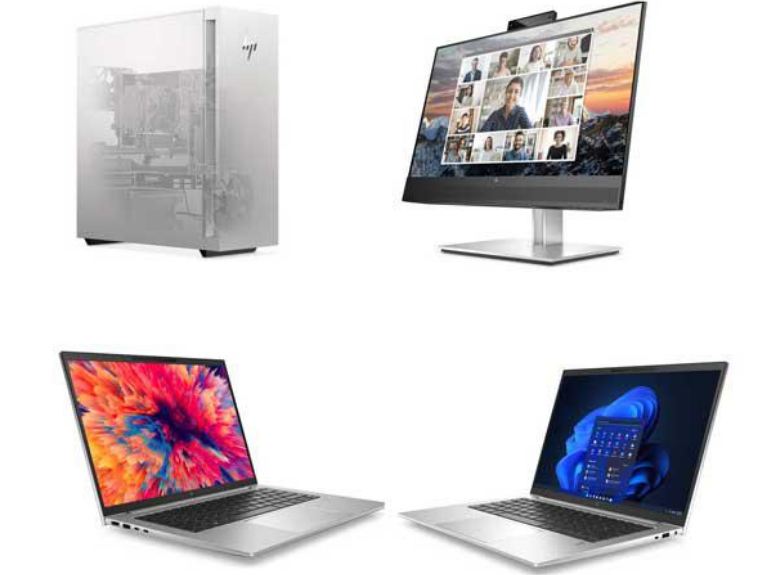 HP introduced a slew of new gadgets at CES 2022, including laptops, desktops, and more. HP’s EliteBook and Elite Dragonfly lines have been expanded with the latest laptops. The HP Elite Dragonfly G3 is a Windows 11 laptop aimed for business travelers. The notebook comes in Slate Blue or Natural Silver and weighs less than one kilogram.

The HP Envy Desktop PC may be outfitted with the most up-to-date Intel and Nvidia components. The desktop is equipped with a 12th Generation Intel Core i9 processor and an Nvidia GeForce RTX 3080 Ti graphics card.

A new HP Omen 45L gaming desktop with the company’s unique Omen Cryo Chamber cooling mechanism is also available. The PC may be configured with up to an Intel Core i9-12900K or an AMD Ryzen 9 5900X processor. The newest AMD and Nvidia GPUs, up to an Nvidia RTX 3090 and AMD Radeon RX 6700 XT, are available as graphics choices. There’s also an 800W power supply, a 360mm AiO liquid cooler, and seven 120mm RGB fans on the desktop.

Both of the desktops from HP features some of the stunning features and hardware specifications out there. Also, the desktops are quite capable enough to perform to provide stunning-level gaming experiences to us. However, we shall update you with more CES launches in the future. Until that, stay tuned with us on TechStory for more updates.