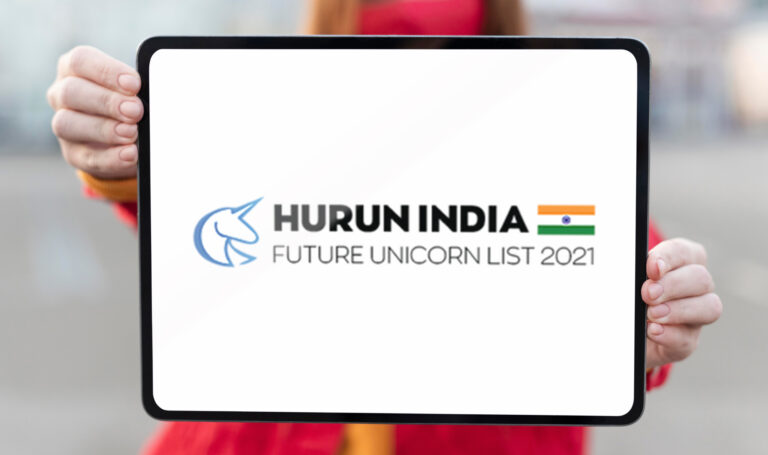 India is currently a residence for 51 unicorns, with a record-breaking three unicorns added to the list each month throughout the span of the year, according to the Hurun Research Institute. Unicorns for context are privately held companies with a $1 billion valuation that were founded after the year 2000.

The Hurun Research Institute published the Hurun India Future Unicorn List 2021 this week, a ranking of India’s startups founded in the 2000s that have not yet been listed on a public exchange. According to the report, such firms are most likely to become a unicorn within two years (Gazelles) or four years (Cheetahs) if their valuation is at least $200 million. A startup must have a valuation of Rs. 1500 crore (~$200 million) in order to be considered for inclusion in the Hurun Unicorn list.

The Hurun report also mentioned the top 10 future unicorns of 2021, and they originate from a wide range of industries, including e-commerce, travel, beauty, and fintech, amongst others.

Zilingo, financially backed by Sequoia Capital, is likely to become one of India’s next Unicorns. Zilingo, an online B2B marketplace for small fashion merchants, was founded by Ankiti Bose and Dhruv Kapoor in 2015. So far, Zilingo has raised $310 million in funding from renowned investors such as Sequoia Capital, Temasek Holdings, Beenext, EDB Investments, and others.

The first startup in the Indian cloud cooking space is ranked third in the future top 10 unicorns list. Rebel Foods founded in 2010 by Jaydeep Barman and Kallol Banerjee, works with cloud kitchen brands Faasos, Behrouz Biryani, Oven Story, among others.

Coming on number fourth we have Fitness start-up Cure.Fit. The health and fitness company raised $75 million from Tata Digital in June 2021 and is backed by foreign investors including  Singaporean holding company Temasek, Accel Partners, Epiq Capital, Unilever Swiss, and others.

Spinny, the pre-owned car marketplace, is ranked fifth on Hurun India’s Future Unicorn List 2021. Spinny, headquartered in Gurugram, was founded in 2015 by Niraj Singh, Mohit Gupta, and Ramanshu Mahuar. The car marketplace startup currently operates in 9 cities with the help of 900 employees and has raised more than US$120 million so far.

Noida-based travel technology company takes the sixth spot in the future top 10 unicorns list. RateGain, founded in 2004 by Bhanu Chopra, is a SaaS company that helps travel and hospitality businesses to streamline operations and sales. The startup also filed its draft paper to raise funds through an initial share sale in August 2021.

Mamaearth, a direct-to-consumer personal care startup, was ranked seventh on Hurun India’s Future Unicorn List 2021. Honasa Consumer Private Limited aka Mamaearth was founded in 2016 by Varun Alagh and Ghazal Alagh. Sequoia Capital, Sofina, Fireside Ventures, Stellaris Venture, and Kunal Bahl were among the foreign investors who invested a total of $73.6 million in the company.

The Hurun India Future Unicorn List 2021 ranks CarDekho, the Gurugram-based used vehicle marketplace seventh. CarDekho was established in 2007 by brothers Amit and Anurag Jain as an IT outsourcing agency and has now evolved into an online portal for new and used car sales. The startup acknowledges Sequoia Capital, Ping An, Hillhouse Capital Group, Times Internet, Ratan Tata, as key investors in the company and has raised $250 million so far.