Hyundai updated the expected range for its upcoming IONIQ 5 streamliner. The increase in the WLTP range is only a few miles compared to the earlier announcement. However, other specifications like drag coefficient and energy efficiency would make the automaker one of the industry leaders. 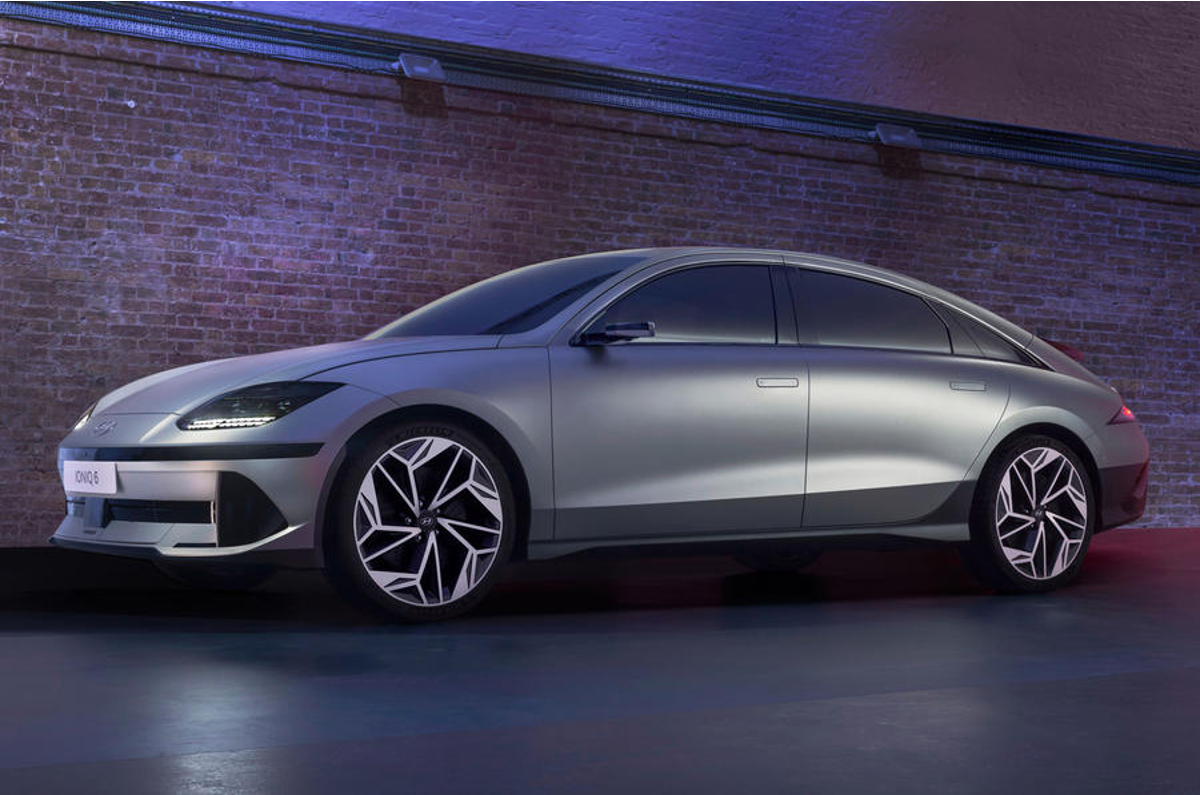 Back in 2020, Hyundai launched IONIQ as its own electric brand consisting of three initial models. This began with the IONIQ 5 crossover EV, which is currently available and remains in high demand in all its respective markets. During that initial brand launch, Hyundai also shared details of its second EV scheduled for 2022, called the IONIQ 6, based on the automaker’s concept EV called the “Prophecy.” While most of Hyundai’s IONIQ news surrounded the 5 throughout 2021 and 2022, the automaker finally held a global debut of the IONIQ 6 this past July.

As a more compact “streamliner” sedan compared to its hatchback sibling, the IONIQ 6 debuted as a sportier and more aerodynamic EV that sits atop Hyundai Motor Group’s 800V E-GMP that offers advanced and relatively nascent technology like vehicle-to-load capabilities and some of the fastest charge speeds on the market.

During the initial debut, Hyundai touted its IONIQ 6 with a Worldwide Harmonized Light Vehicle Test Procedure (WLTP) range of 610 km (379 mi). However, the automaker has shared a revised range that’s slightly better alongside even more impressive tallies in drag coefficient and efficiency.

Hyundai shared the revised specs in a press release today, expecting its IONIQ 6 to arrive as one of the EV industry leaders in multiple categories. To begin, the streamliner’s WLTP range has been revised to 614 km (~382 mi). A very slight gain, but a gain nonetheless. In addition to the range, Hyundai has also shared the IONIQ 6’s WLTP energy consumption, promising it will arrive as one of the most energy-efficient EVs on the market. Efficiencies vary by trim, but under its ideal performance conditions (18″ tires, standard battery, and 2WD), the IONIQ 6 will deliver an energy efficiency of 13.9 kWh/100 km (13.9 kWh/62 mi).

In addition to being a highly efficient EV, Hyundai is boasting the IONIQ 6 as one of the most aerodynamic in the market as well. At a drag coefficient of 0.21, the IONIQ 6 still has a ways to go to compete with the current leader – the Lightyear 0, which recently reached a 0.19 Cd rating. That being said, the Hyundai IONIQ 6 might still arrive as one of the top 10 most efficient production vehicles ever made, tied with the Lucid Air. The Hyundai IONIQ 6 will go on sale in Europe later this year, followed by North America in 2023.