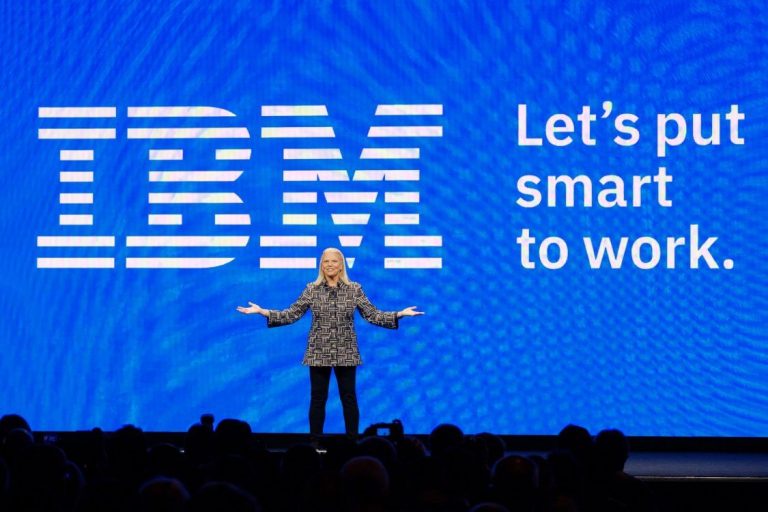 Shares of the IT giant jumped as much as 7% aftermarket before easing to trade flat, with the company reiterating its forecast for mid-single-digit revenue growth in 2022, compared with 3.9% last year.

During the period, IBM spun out its managed infrastructure services business into Kyndryl. For IBM’s continuing operations, revenue rose 6% from a year earlier, the company said a statement. Part of the growth comes from sales to Kyndryl.

IBM executives have been telling investors of late to look for mid-single-digit revenue growth. In the prior quarter, IBM’s revenue from continuing operations increased by 2%. The company showed its fastest revenue growth since the third quarter of 2011.

Revenue in the consulting unit, previously named Global Business Services, rose 13% to $4.75 billion, more than the $4.20 billion StreetAccount consensuses. The IBM infrastructure business, which includes hardware, was down 0.3% to $4.41 billion and slightly lower than the $4.43 billion consensuses. A new mainframe computer cycle will start late in the first half of the year, Kavanaugh said.

Kyndryl generated $4.6 billion in revenue in the third quarter, with over 4,000 customers and around 90,000 employees, according to a regulatory filing.

Arvind Krishna, IBM’s CEO, reiterated the mid-single-digit growth goal on a conference call with analysts and said to expect between $10 billion and $10.5 billion in free cash flow for 2022.

U.S. revenue rose in the mid-single digits during the quarter even as the Omicron variant raged across the country, Kavanaugh said, adding that industries hit hard early by the pandemic were bouncing back.

“I’ll use the word demographics on the skill shortage that is endemic in technology now,” he said. And that is sort of playing in. By the way, I don’t believe that the skill shortage is because of COVID. I do believe COVID may have exacerbated or created a pull-in of those demographics, but those I think are going to last us for the decade.”

IBM streamlined its reporting segments for the fourth quarter in conjunction with the Kyndryl separation. Its software business, formerly known as Cloud and Cognitive Software, generated $7.27 billion in revenue, up 8% from a year earlier and above the $6.72 billion consensuses among analysts polled by StreetAccount.